Are you Feminine Enough? 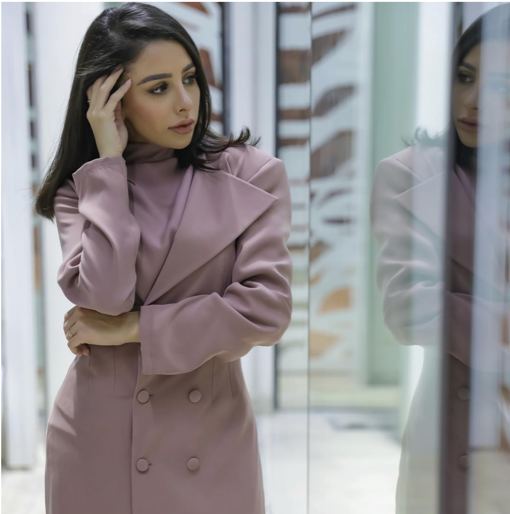 In a world where being a woman can mean so many different things, there is a blurred line between what it means to be feminine and what it means to be a woman. Every day I catch myself struggling to find the perfect balance to fit into society’s norm of femininity. Whenever I put on makeup, wear a dress, shave my legs or put on a pair of heels, I’m seen as a feminine woman. But whenever I decide to wear a cap, hoodie, sweats, and trainers, I am seen as the total opposite. But why? Is this fair? How am I supposed to know the true mark of what femininity is, and can anyone really define what femininity is or what it represents?

“Femininity” is a psychological and sociocultural concept that invites one to explore the constructs of gender roles and self-acceptance. This leads to the question of how much femininity does a woman need to embody to be deemed acceptable amongst society?

Among Arab societies, the concept of femininity can be controversial due to wide differences in opinion. “I am not so fond of how femininity is seen as such a physical binary concept in the mainstream world, so I just dissociate myself from that,” said 20-year-old Lama Karim, an Egyptian now living in Toronto, Canada.

Though Qatar is a rapidly developing country in the Middle East, false gender stereotypes still exist, such as that women are, at times, perceived inferior to men, or are perceived negatively if they are outspoken and express their views publicly. Women who are more outspoken are often labeled as “rebellious” because they are not conforming to supposed gender roles or norms. These norms of what a woman should be like, how she should appear, or how she should act are based on supposed restrictive beliefs that do not reflect women’s progression or even social norms of today.

“Whenever I hear ‘feminine’ I think of the sort of forced standards on women, it makes them feel like there is a particular set of qualities that they should embody rather than be whatever it is they want to be,” said Omar Al Khateeb, 21, a Georgetown University in Qatar alumnus.

Others who were brought up to believe that femininity is part of being a woman now try to challenge this notion within their community. “You don’t need to look pretty all the time, you don’t need the stereotype of girls like pink, girls wear this, your hair has to be done all the time and all that. I don’t believe in that,” said Yasmeen Tubailah, 22, a Palestinian Virginia Commonwealth University School of the Arts in Qatar graduate. Tubailah currently works as a designer and model.

Progressive beliefs are often expressed in the fashion sphere, where young women are able to convey their identity visually through their clothing choices. Tubailah has helped emphasize the importance of breaking stereotypes and societal norms through her love for fashion. Within her fashion collections, she uses lots of colors and dark shades such as rose gold, black and white on suits to reflect power. The silhouettes of her garments are modest, challenging the misconception that femininity means showing off your figure.

In today’s society, previously existing notions of femininity have shifted over time. Women are now the pioneers of that shift, allowing clothing such as suits, which were once perceived as masculine garments, to become normalized and a part of fashion trends for women.

However, women in different generations remain aware and concerned about their physical appearance and outer beauty. Ghada Ghasoub, a 47-year-old widow and mother of two, argues that women nowadays are stronger than women in the past.

“Back in my time in the ’80s, we were just told that we’re girls with specific roles,” she said. “If a woman does the things she’s not supposed to do, society would immediately look down upon her and judge her.” However, Ghasoub said she remains hopeful because a woman now can say no, has her own way of thinking, and can achieve her own goals.

A popular 2017 Nike Women advertisement “What will they say about you?” advocates for freedom of choice among women by encouraging them to pursue their passions regardless of others’ perceptions. In addition, a recently published advertisement by Nike, Dream Crazier, illustrates how certain phrases among society in general are still used to describe how the behavior of a woman makes her appear unfeminine.

“It all goes back to the standards in the society we live in. It’s like, what do they think is ok? What is enough femininity? What’s too much?,” said Tubailah.

However, many young women try to challenge such notions for other young girls who feel pressured by societal expectations. “Being feminine or being a woman is more than just being cute and looking good. It’s bigger than that in my opinion,” said Mariam Farid, a student at Northwestern University in Qatar and a track and field athlete on the Qatar national team.

Mariam said that while sports is something that many see as “manly,” especially within Arab contexts, she believes that this is slowly shifting and women are changing the narrative that a woman can be just as athletic and there is nothing wrong with it. Moreover, as a young Arab hijabi athlete, Farid said she feels it is important to show that despite what popular Western narratives say, Muslim women are not actually all oppressed.

It is essential to recognize the importance of maintaining and exercising one’s own beliefs of what they perceive to be feminine. Karim wore the hijab for most of her life but recently decided to remove it. She said the way she perceives femininity has not changed despite the change in her physical appearance, and she feels feminine and beautiful both ways, with or without the hijab.

Perhaps this is why self-acceptance and self-worth are factors that are readily emphasized by women today because of the mere fact that society itself cannot put a true definition of what femininity really should be. If femininity has no shared definition of what it should encompass, then why does the word itself seem to imply a limitation?

Feminine constructs of past generations such as dressing modestly or the expectation of women being obedient and quiet can still influence the extent of a woman’s behavior and appearance today. Moreover, it is common to see different generations within a single family unit hold different views on femininity which are then enforced or taught to their children or grandchildren today.

Traditional versus modern views of gender roles have naturally changed over time. From women working in previously male-dominated jobs to the topic of divorce.

“I believe femininity is a delicate combination of confidence, grace and empathy. Arab society has become more accepting of single women to live alone and away from their families and are more supportive and accepting of divorced women” said Angy Mansour, 39, a stay-at-home mother of three.

“About 20-25 years ago it was really frowned upon for a woman to be divorced. It wasn’t seen as something acceptable and it would be something that a woman tries to avoid at all costs,” said Navine Eldesouki, a 41-year-old entrepreneur. She explained that women are now able to ask for divorce themselves and apply for divorce with their families’ support.

Some believe that femininity is not only interior but exterior. “Femininity is both strength and weakness at the same time, that’s what makes femininity special. It is having the ability to appear reserved, fragile and silent, which may be perceived as weakness, but the interior is strength and can withhold pain,” said Asma Al-Abbasi, 50, an Arabic teacher at Arab International Academy and mother of four.

However, not everyone appreciates this characterization of women. “If you think about the general characteristics of femininity you have sort of overtly kind, caring, proper, obedient, supportive, motherly, those sorts of qualities. And inherently if they are feminine that means they cannot be masculine and its sort of the other way around with masculinity as well. It’s sort of reinforcing the negative stereotype of what women should be,” said Al Khateeb.

Many girls are cautious about standing out from the norm because they fear being ostracized by society. The consequences of such actions can range from marriage prospects being undermined or their family name being tarnished. “Thank God my family supports me because [modeling] is very controversial, especially because in this society it’s not something that’s ever going to be okay for Arab girls,” said Tubailah.

The confusion behind the concept of what true femininity entails remains, and women and girls all around the world are still constantly challenged to adhere to such ideals. However, it is important that girls and women recognize that every individual has their unique identity, essentially resulting in different interpretations and understandings of femininity.

So how do you view femininity yourself, and what does that mean to you?