What to Watch on Netflix? 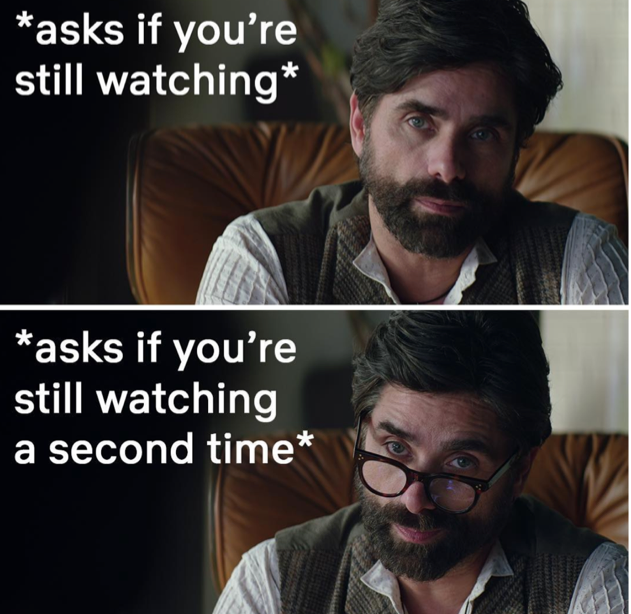 Need a break from your papers and quizzes? Are you too tired to go out with friends? Here’s an idea: catch up on some Netflix shows instead! The Daily Q asked students in Education City what their favorite shows are and here are their top five choices.

Derry Girls is a British series that follows the lives of five teenagers from Derry, Northern Ireland. This sitcom portrays the struggles of being a young woman in Ireland, specifically during the era of The Troubles in the 1990s. Haider Umair Ahmar, a freshman at Georgetown University in Qatar, recommends watching the series, which is available on Netflix Middle East, as he found that the show adds humor to the conflict that Northern Ireland was facing at that time.

Sense8 is a drama series that follows eight strangers who are connected by the same telepathic abilities. Weilin Li, a sophomore at Carnegie Mellon University in Qatar, is a big fan of this Sci-Fi show. According to Li, the mutual love and respect towards different cultures and religions portrayed in the series is what makes it unique and enjoyable to watch.

Narcos: Mexico is a crime show that depicts the story of the Guadalajara cartel’s ascent in the 1980s. The show follows an American DEA agent Kiki Camarena as he attempts to hunt down Mexican drug lord Miguel Ángel Féix Gallardo. Darrell Pinontoan, a freshman at Northwestern University in Qatar, said he enjoys watching the show as he finds adaptations of real-life events very intriguing. But he warns that it does include content that people may find offensive.

The 10-season show is about the lives of six friends living in Manhattan. The show narrates the ups and downs of life in your twenties, and the importance of friendship. Salma Real Makarian, a freshman at Virginia Commonwealth University in Qatar, said she likes to de-stress by re-watching episodes from this 1990’s hit. She recommends this show to anyone with time to kill and a few laughs to spare.

Teen Wolf is an American drama series based on a 1985 film with the same title. The show follows the life of Scott, a high school student with a supernatural gift. Farina Amir, a freshman at NU-Q, said she enjoyed watching Teen Wolf because of the fantastic character development and the great mix of drama and comedy. She recommends this show to people who are interested in the supernatural genre.

What’s your favorite Netflix show? Comment below to let us know!