The Rise of Superhero Movies 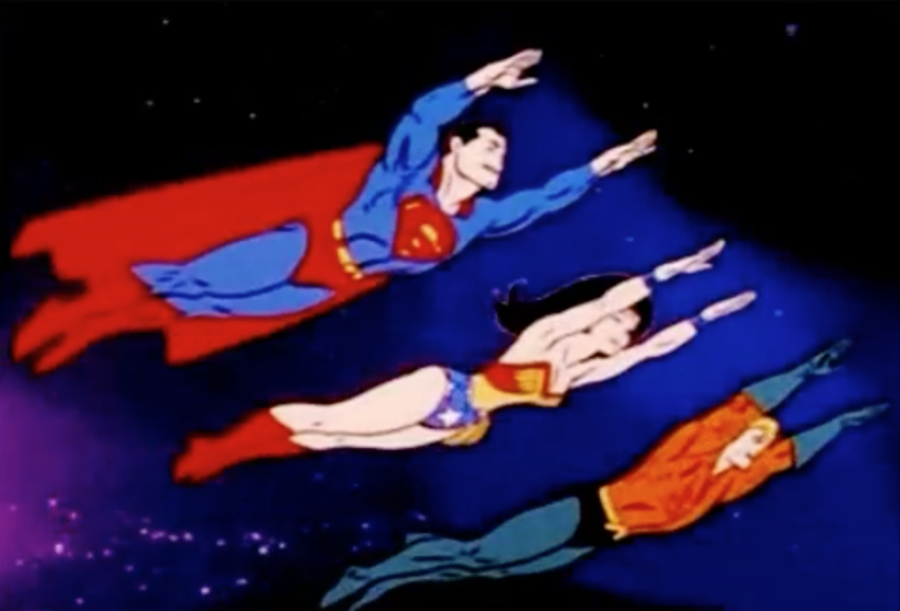 Marvel Cinematic Universe’s latest release “Captain Marvel” has become a $1 billion dollar box office hit worldwide and is the first-ever female-led superhero movie to do so. Anticipated to be one of the highest-grossing films of 2019, the movie has generated a lot of buzz.

“As a self-professed ‘super-fan’ of superhero movies, I really enjoyed watching Captain Marvel. I liked the narrative, the strong female lead, and everything that it stood for,” said Rafael Zimmer dos Santos, a freshman at Georgetown University in Qatar.

We now live in an age where comic-book and graphic-novel adaptations have taken over Hollywood and have fixed themselves into mainstream pop culture. The past decade has seen Marvel and DC, the two major companies in the comic-book industry (a comic-book dyad, if you will), cranking out blockbuster superhero films that have flooded theaters.

The influx of film and TV adaptations of comic books such as “The Avengers,” “Iron Man,” and “The Flash,” has created some of Hollywood’s highest-grossing films. The hype surrounding superhero films has further exploded this seemingly invincible genre, creating a multi-billion-dollar industry.

#CaptainMarvel may cross $750M worldwide after its second weekend pic.twitter.com/IqDgEA4q4M

Needless to say, superhero movies have cemented themselves into people’s minds. Here are some reasons why:

Superhero movies have infused everything from unabashed romanticism, charming neo-noir outlooks, to action-packed vigilantism and heavy artillery into their stories.  Delivering justice in a world where spandex costumes, unitards and leotards are very à la mode, these movies offer a perfect blend of lighthearted silliness and gravitas. “Frankly, the reason I go to see Marvel or DC movies isn’t because I’m invested in the superheroes, it’s because I know I’m going to see this beautiful, amazing spectacle [unfold],” said Pamela Krayenbuhl, assistant professor in residence at Northwestern University in Qatar.

Not surprisingly, these movies manage to engage audiences (who sit through the entire end credits awaiting an extra scene or a sneak peek of the next installment in the franchise) right to the last second. As Ahmed Jassim, a freshman at Northwestern University in Qatar, said, the post-credits scenes of superhero movies always leave the audience eager and anticipating. In fact, Bisrat Tasew, another freshman at NU-Q, noted that her favorite scene in “Captain Marvel” was the post-credits scene “because it was a precursor to “Avengers: Endgame,” which I am really excited about.”

Superhero movies are among the biggest money-makers in Hollywood, consequently building a fandom that is ripe for strategic corporate appropriation. It is very lucrative to sell anything from comic book paraphernalia to opening weekend tickets to millennials and generations Xers who grew up in the world of comic books and now have a disposable income. Furthermore, because of the increasing conglomeration of movie production studios, their budgets are expanding, and production values are continuing to grow, said Krayenbuhl. In fact, on average, $35.9 million goes into the marketing budget for these movies, from billboard advertising, viral marketing (take, for example, Deadpool’s trailer release, which generated an enormous social media buzz), to hiring big-name actors and actresses to create a dream cast.

The superheroes-on-a-mission trope comes pre-sold to an audience that has followed the journey of wholesome and nostalgic figures like “Iron Man” or “Batman” or “Thor” or “Captain America” for years (even decades). The genre has garnered the kind of fan loyalty among generations of comic-book cognoscenti and avid superhero fans that is very hard to inspire. “When I watch the movies now, I obviously know the plot, I know the story. I am familiar with the characters. And it takes me right back to when I was growing up. So, it’s a very nostalgic experience,” said Mariam Rafehi, a graduate student at Virginia Commonwealth University School of the Arts in Qatar.

The Master Narrative of a Super Franchise

Through the silver screen, Marvel and DC have brought to life crime-fighting superhero characters that are caught up in all-out battles against diabolical enemies, creating a mega-franchise. For Sofian Mesraoua, a freshman at Northwestern University in Qatar, what makes superhero movies so enjoyable is “the interconnected universe [like in “Avengers: Infinity War”] that has so many characters that are so diverse, and that you learn to know, understand and love.”

The Art of Escapism

With cutting-edge technology, computer-generated imagery, and special effects, the superhero genre invites audiences into the adventures of larger-than-life characters with extraordinary powers. These over the top movies offer a refreshing dip into the immersive, bizarro world of American super-soldiers, of the hammer-wielding Norse god of thunder, or of the wall-climbing, nerd-tastic “Spiderman.” According to Noor Haddad, a freshman at Northwestern University in Qatar, the franchises offer the audience opportunities to be fully absorbed in the larger adventures of these characters. “It feels really nice being part of this journey and feeling like you are a part of the story,” Haddad said.

The Issue of Representation

“I watched “Captain Marvel” and it was so cool seeing a female superhero who made everyone quiver in her path,” Haddad noted. Superhero movies have recently made leaps in representing diversity within their casts. “Captain Marvel” was the first female-led superhero movie produced in Marvel’s 11 years of filmmaking. DC’s 2017 feature film “Wonder Woman,” with its standalone superheroine played by Gal Gadot was also a toast to Patty Jenkins, the first-ever female director of a studio superhero movie. “Black Panther,” also released in 2017, has been dubbed a “groundbreaking celebration of black culture,” with its majority all-black cast and crew. And Marvel’s Netflix series, “Jessica Jones” has bucked not only the stereotype of women as weak and frail, it has also prompted long overdue conversations about violence and abuse, particularly in the #MeToo era.

Reassurance in an era of uncertainty

Superhero comic books became really popular in the late 1930s and early 1940s, between the two World Wars. They also increased in popularity in the 1960s, during the Cold War, when people needed an “embodiment of reassurance,” according to Krayenbuhl. Additionally, superhero movies became popular after the “more active portion of the Iraq War,” said Krayenbuhl. To many, superhero movies offer reassurance in their portrayal of “a clear enemy that can be fought and defeated and ‘avenged.’ We know who is good, we know who is bad, and we know that ultimately, the good guys will win. In an era of uncertainty where terror attacks are happening, like with what just happened in the New Zealand mosque shooting, it gives us the sense that we can go into this escapist space of the dark cinema and watch a fantasy world where things actually do work out, where everyone ends up safe,” said Krayenbuhl.

But while the past decade has seen superhero films reaching a crescendo in the world of cinema, the question of where this genre is headed remains. A freshman at Northwestern university in Qatar, Cade Aguda, says that “[superhero movies] are a very recent thing that have come into society’s interest and eventually, they are going to phase out.”

The problem with this addiction and this superhero craze, as Krayenbuhl notes, is that it normalizes negative facets of human behavior, too. For example, “we think that billionaires are okay because “Iron Man” is okay. [Furthermore,] these movies are also normalizing a certain kind of violence, a certain kind of political ideology of fighting in order to preserve peace,” said Krayenbuhl.

So, while some believe that the inevitable demise of the superhero genre (much like the Western genre) is imminent, others contend that even if it dies, the genre “will rise once again from the ashes.” According to Krayebuhl,“the superhero movie craze is part of a cycle of popularity. And I think this cycle will continue as long as people need reassuring and conglomerates keep making money off of these giant spectacles.”

Let us know your thoughts and leave comment a below about your favorite superhero movie and tell us why you like it so much!