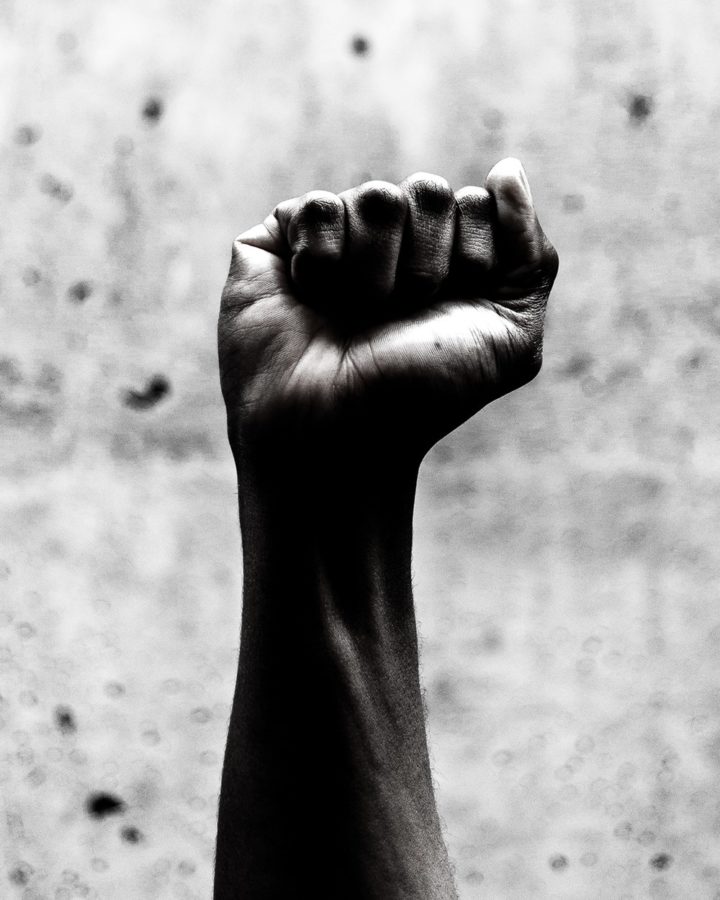 Three weeks ago, I was at Villaggio Mall with a group of friends when two men approached me and asked me if I spoke Arabic.  When I told them no, I thought they were going to leave, but instead they both came closer to me and one of them said, “I like your hair.”

Before I could respond to what I thought was a compliment, the two men, who were standing on either side of me, were already trying to reach out and touch my braids. With despair and discomfort, I shouted at them to leave me alone, and I stepped back before either of them could get to me. As they left, one of them touched his own hair, laughed and said, “my hair is better than yours anyways.”

This incident is an example of what social justice activists would refer to as a microaggression, a term used to describe intentional or unintentional actions or statements that express discriminatory insults and biases. Many minority groups and people of color experience these microaggressions daily. Since most of us are influenced by our cultural, religious or racial backgrounds, we all tend to have these prejudices.

In this particular instance, I experienced a racial microaggression about African braids that I, and many other black women around the world, have to deal with on regular basis. The twist about microaggressions is that they are hard to confront and they are usually normalized, which results in passive or covert racism, the use of subtle or less obvious methods to discriminate against a group. Most people are familiar with active racism which involves explicit and systematic bigotry against another race like slavery or Jim Crow laws in the southern United States.  For this Black History Month, I want to shed light on these little prejudices and hopefully provide an understanding of how we can all join together to create a more inclusive and welcoming space for black people in our communities.

Growing up in Rwanda, a predominantly black East African country, nobody ever questioned my hair. Wearing dreadlocks, braids, cornrows, or kinky curls is just part of our culture. I never had to deal with any form of racism and every time I read about police brutality and mass incarceration in America, I praised God for being born black in Rwanda.

However, coming to Qatar was my first time spending an extended amount of time in a place where I was now the minority. My experience so far has taught me a lot about passive and active racism, more so than what I learned when watching“Blackish” or listening to Kendrick Lamar. One of the things I quickly understood is that some people are just ignorant about other cultures, and it’s important to talk about these issues if we want to see any change at all. For the two guys at Villaggio who tried to touch my hair without my permission, and for the many who have asked me why black women don’t like their hair to be touched, this is for you.

Before I make this about race, touching anybody’s hair randomly without their permission is just rude and those two guys invaded my personal space and disrespected me. Historically, black people didn’t always have ownership over their own bodies. During slavery, their bodies were treated as property. Oftentimes when their hair is touched without permission, it rings a bell to that history and undermines a black person’s personal autonomy. Unless you are my friend, please ask before you touch. I understand that my hair might be foreign to some, and you probably mean no harm, but ignorance leads to disrespect.

According to Stephen M. Caliendo, a professor of political science at the University of Missouri-St. Louis, these microaggressions are generated by implicit bias, a thought process that happens without you even knowing it. Often these center on racial stereotypes and manifest in subconscious prejudices that you might have about other races.Acknowledging these types of biases during Black History Month and beyond is a great step in recognizing the needs of marginalized groups and work towards creating bigger changes.

Maybe one of the worst microaggressions that I have experienced about my hair so far was when a fellow student said to me last semester, “I love your hair–is it a wig?” To make matters worse, I am not the only black person who has experienced these racial prejudices. “Some people here at [university] mistake me for a black American, just because I have a nice English Accent,” said Yanet Chernet, an Ethiopian freshman at Northwestern University in Qatar.

This reminded me of an incident during my freshman fall semester when after telling a NU-Q professor that I was from Rwanda, he asked, “How come you speak both French and English fluently?” Although this is a very common microaggression I have previously heard from the media and other black people, it was still sad to realize that what was clear to me was so foreign to him.  From 1884 to 1962, Rwanda was colonized by Belgium and Germany, which in turn influenced my country to adopt a francophone education system that explains why I am multilingual. Moreover, the lasting effects of colonialism can still be seen in Rwanda in how my country has four official languages – Kinyarwanda, Swahili, English and French. I should have asked this professor, “As a media professor, how come you allow the mainstream media to deprive you of other stories of resilience, hope, and courage about the African continent?  You see, I make efforts every day to learn your culture, embrace change, and even my education system revolves around your values, and all I am asking is for you to educate yourself and surpass the narrow narratives set by Western media.”

International coverage about Africa typically focuses on negative stories of poverty, illiteracy and wars, which influences many to view Africa as a land of hopeless people that need saving. This focus creates incomplete storytelling that distorts us from seeing the potential in Africa’s diverse and dynamic cultures.

Asma Sherif, a freshman at NU-Q from Kenya, has encountered other forms of microaggressions that were hard to confront. “Once somebody said to me, ‘My God, you are beautiful for a black girl,’ and ‘You are very sassy.’ I understand that it is not their fault sometimes, but the fact that the Hollywood movies you watch show black women with an attitude and you compare that to me is problematic. Also, who are you to decide if black women are beautiful or not?”

When Asma tried to confront these microaggressions, she said the people who perpetrated them became very defensive and claimed they were just trying to compliment her.

This has to stop. You might think that these are little things that just temporarily hurt people’s feelings, but it’s more than that. It’s about how being repeatedly dismissed, alienated, insulted and invalidated reinforces the differences in power and privilege, and how this perpetuates racism and discrimination, be it consciously or unconsciously.

This Black History Month and beyond, I urge everyone to think about the words we say and why. Words like the n-word are sometimes thrown about without considering its true impact.

“Some people here have used the n-word around me, and nine out of 10 times, I found out that most people here who aren’t black would use the word to fit in a particular type of group or have been surrounded by people who think saying the word is cool and normal,” Mohammed Eltayeb, a black American journalism sophomore at NU-Q, said. “Being from the U.S., I have been in worse racist encounters. But and although Qatar is diverse, some people here aren’t educated about black history.”

For centuries, the n-word was used to express hatred. It is a very powerful word with a very painful story. The word was shouted at black men, women, and children by slave masters as they lashed their backs with whips. It then became a fixture in people’s language to racially offend black people. However much you enjoy rappers like Travis Scott or Migos who use it in their music, you have no right to use this word unless you are black, according to Ta-Nehisi Coates, author of We Were Eight Years in Power. I agree that the presence of the n-word in popular culture is problematic just like any racial slur; nevertheless, it does not give a white person the right or power to use the word.

If there is anything I learned from the past few months it is that racism is not just about the Ku Klux Klan, the Charlottesville attack in 2017, or the many other forms of active white supremacy. All these passive microaggressions have motivated me to redefine what being black means to me, and it has inspired me to value my race. The history and dedication of my people encourages me and many black people around the world to get up every day and embrace our blackness.

To me, Black History Month represents freedom, justice, and a time to remember our forefathers and mothers for the sacrifices they made for us. Racism, either passive or active, will always be horrifying and unjustifiable. According to activist and author Ijeoma Oluo, “we have to look at these forms of oppression in the eye if want to see any change.”

If we keep treating racism like it is a giant monster that is chasing us, we will forever be running.  But running won’t help when it is embedded in our subconscious minds.