What the blockade means for students 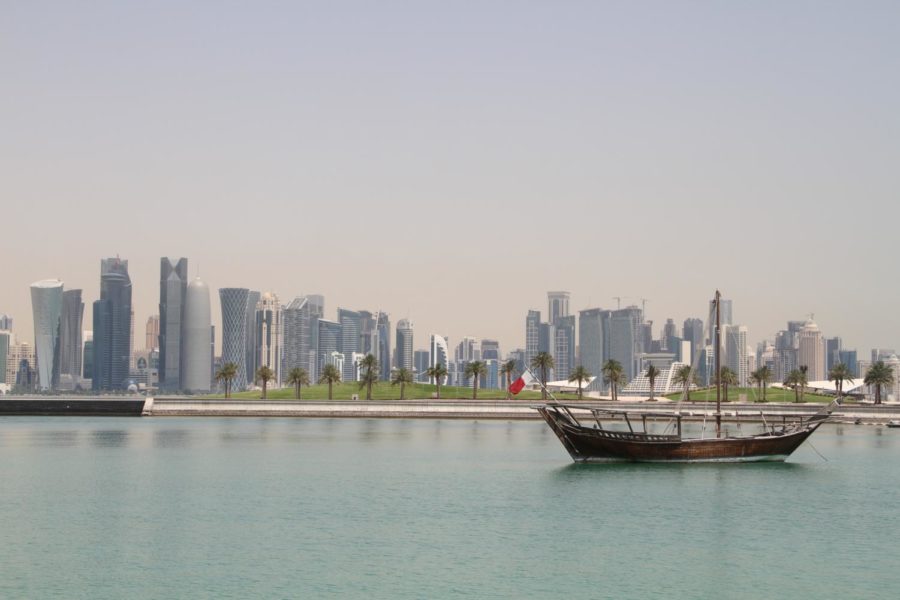 This past January, I had to make a trip to Dubai, an experience that ended up being the first time I had directly been impacted by the blockade. In early June 2017, several countries abruptly cut off diplomatic relations with Qatar, including withdrawing ambassadors and imposing trade and travel bans. Countries that severed their ties with Qatar include Bahrain, the United Arab Emirates, Saudi Arabia, and Egypt.

I landed at the Dubai International Airport at 3 a.m. after a long day at university and two tiring flights from Doha to Muscat then to Dubai. When I landed, everything seemed fine and I stood in the long line outside passport control, waiting for my turn. I could not wait to be done so I could get to my hotel and get some rest.

However, as soon as I told the immigration officer that I was coming from Doha, the office sent me to a separate immigration desk far from the usual passport control area. There, I was asked multiple questions about my life in Doha and the immigration official took my Qatari residence permit card and Tanzanian passport, while I waited an extra half hour before they let me go. It has become expensive to fly between Doha and home but I had never been discriminated against in this manner. This made me curious about what people, more specifically students from Education City whose families live in Dubai, have to go through to go home for the holidays and stay in contact with their families while in Doha.

Living in Doha, the blockade seems to be an active part of our lives since it has given rise to a new wave of nationalism and sense of patriotism, both in the local and expat populations. Additionally, access to food and other necessities has been significantly impacted since more than 90 percent of Qatar’s imports came through the GCC before the blockade. Though new supply chains have been established, it is still a greatly discussed issue. I have heard of my peers and families being separated too. All shortages and changes in the way things function are blamed on the blockade due to resulting limited access to a whole range of resources that once came via Dubai’s port. Businesses shut down and others changed suppliers. It was as if the country was overhauled overnight. Ultimately, the blockade has engulfed us in this never-ending cycle of questions of what is to come next and whether or not life will ever be the same again.

On the other side of the border in Dubai, however, things are not the same. In Doha, the blockade has inevitably impacted life by the changing food brands, difficulty in obtaining products and the separation of familial and cultural ties that have existed for centuries. Living in Education City, the blockade is constantly a part of coursework, discussions and events outside the classroom, as well as regular panels. All of these circumstances have exposed me to the various causes and results of the crisis. In Dubai, however, the crisis hasn’t been discussed extensively on public platforms, especially from the perspective of the impact it has had on Qatar. In my experience, most of these platforms are censored by the government, making it harder for such perspectives to get out.

In the UAE, I noticed a sense of oblivion. As I walked through the Louvre in Abu Dhabi, I noticed Qatar was not on a map of the Middle East in the Children’s Museum. A friend of mine, who grew up in Dubai and goes to NU-Q (she asked to remain anonymous due to fear of reprisals from UAE officials), also seemed to confirm my impression: “In Dubai no one talks about the blockade…before I came here, I didn’t think of it as a big deal because it isn’t affecting people in Dubai.”

However, when my friend moved to Doha in August 2017, she was surprised by how much effort it required her to do a simple task, such as transferring money for tuition payment, which was not the case previously.

“It’s harder to get [to Dubai], it takes longer and its more expensive. But communication is my biggest issue: Skype, WhatsApp and most other mainstream social media are blocked in Dubai, so my mom has to call me manually, which is expensive. Paying tuition is also so hard because my parents cannot transfer money through banks from Dubai to Doha, so I have to use middlemen to pay NU-Q,” she said.

Another friend who requested anonymity is a student at Georgetown University in Qatar. Her family also resides in Dubai.

“What used to be a 45-minute flight is now a 10-hour ordeal, and I need to hide my Qatar ID when I’m home,” she told me. “My dad also has an office branch in Doha and even though [the company] tries to portray that everything is going well economically, he knows that it’s not doing as well as when there was unity and friendship [between the two countries]. It’s a huge inconvenience.”

Salwa Sadek, a student at NU-Q, has family in Dubai and her sister studies at NYU Abu Dhabi. “It has made it so much harder to visit [family]. When the blockade first happened, none of the social media apps were working either. Flights cost a lot more too,” she said.

To me, what is evident is the inconvenience. It is no longer easy to communicate with family or even go home for the holidays for many students. They have become political pawns caught up in a fight that is not theirs to fight. A region that was once united under a common culture and language is now caught up in a political row that has serious consequences for the common person.

It has been more than 300 days since the blockade was imposed. I remember being at home in Tanzania and waking up to the news in complete shock, knowing very well I was moving to Qatar a few months later with no clue what to expect.

But I feel this rift is temporary and will be resolved through mediation in the near future. A region that has cooperated since the beginning of time cannot stay divided for too long.