Illegal but widespread: Vaping in Qatar 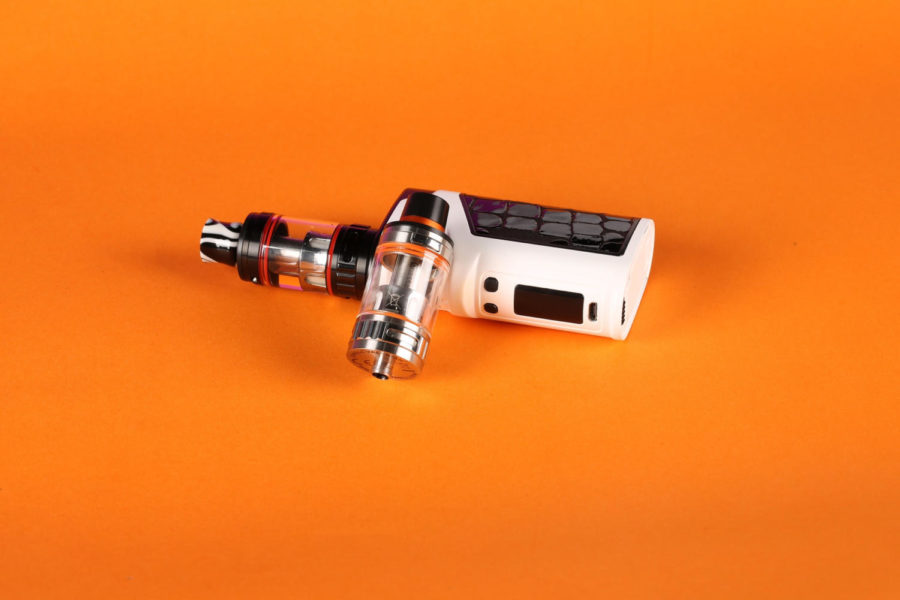 With an electronic cigarette in hand, Ibrahem Kamal Nassar, a Palestinian computer instructor, brought the device to his lips and inhaled the hot air. Shortly after, he exhaled the smoke and it evaporated into the night’s sky.

“Vapes are a kind of glamour,” he said.

Vapes are electronic cigarettes that work by heating up liquid made of propylene glycol, vegetable glycerin, water, flavorings and, sometimes but not always, nicotine. These combine to produce vapor which is inhaled by the user. “Vaping” is the action of inhaling this concoction.

The inventor of the modern electronic cigarette is Hon Lik, a Chinese pharmacist whose invention was patented in China in 2003. He started to export e-cigarettes outside of China in 2005, and two years later, his products entered the U.S. market and gained popularity globally.

The purpose of the invention was to create a safer alternative for tobacco smokers. In order to raise awareness about this aspect of electronic cigarettes and vaping, Nassar and 10 other vapers started Qatar’s Q-Vaping community in 2014. The group is currently inactive but previously would meet to discuss innovations and research concerning vaping. Nassar said that members, the majority of whom were expats, even used to travel to the U.S., U.K., France and Italy to speak with researchers about the workings and developments of electronic cigarettes and the effects of vaping on people’s health.

“The goal is to educate people that the vape is something available and safer than tobacco products,” said Nassar. Q-Vaping members have tried to gain support in Qatar by speaking to officials at the Ministry of Public Health to legalize the sale of vapes.

Despite the group’s attempts and the increasing popularity of vapes in the region, the selling, distribution or possession of a large number of e-cigarettes is still illegal in Qatar, as per a Ministry of Public Health order in 2014. However, vaping continues to be a rising trend in the country, both for tobacco smokers who use vapes as a healthier alternative and for teenagers who vape for fun.

According to The Tobacco Atlas, in 2015 a larger number of men aged 15 and above smoked tobacco products in Qatar (15.89 percent) in comparison to women (2.77 percent).

When it comes to smokeless tobacco, which refers to alternatives that don’t involve smoke, a 2013 study showed that one percent of the population uses these products. There appear to be no studies that measure the prevalence of vapes in Qatar yet.

Based on interviews conducted by The Daily Q, however, it appears that an increasing number of teenagers in Qatar are taking up vaping or smoking. For instance, 13-year-old Mohammad (last name not included to preserve anonymity) said he occasionally vapes and that seeing his friends vape encouraged him to try it out.

“I do it for fun, no other reason,” Mohammad said. He said many people from his school either smoke or vape.

“We don’t advise people who don’t smoke to vape,” said Hani Jasar, 45, a member of Q-Vaping, who has been vaping since 2016. “Personally, I prefer the vape 90 to 95 percent more than a normal cigarette based on what I experienced myself health wise. I am ingesting less harmful chemicals, the smell is not irritating to me or my family and I don’t feel as fatigued,” he said.

Although there are benefits to switching from regular cigarettes to electronic cigarettes, they are still harmful, even if a person switches to vaping in an attempt to quit smoking, according to Shaimaa Khalil Rihan, medical director at Dr. Ayad Al Shakarchi Medical Center.

“[It] will decrease the harm of the additional chemicals” but “the liquid inside the electronic cigarette is a liquid nicotine,” she said. Furthermore, existing evidence does not show any correlation between vaping and decreased chances of developing major diseases. According to a study done in early 2018 on E-cigarette damage on the DNA, nicotine inhaled from the electronic cigarettes could damage DNA in the heart, bladder, and lungs. It could also disrupt the body’s repair mechanism, possibly leading to different types of cancer.

Regardless, it is not easy to purchase a vape kit in Qatar. Many are able to purchase the electronic cigarettes, albeit illegally, through social media sites such as Instagram and Facebook, or they purchase it from abroad where it is cheaper.

“The [vape] prices in Qatar are too expensive,” said Jasar. The prices for an average vape kit ranges from QAR 500-1,000.

Nassar said he believes that a good solution is to implement strict rules on vapes similar to the ones in the U.K. “With control on them from the government, having vapes [in Qatar] shouldn’t be a problem,” he said.

However, more research still needs to be done on the impact of electronic cigarettes and the vapor they release. Until that is done, medical professionals say determining if vapes are safer than cigarettes remain difficult.