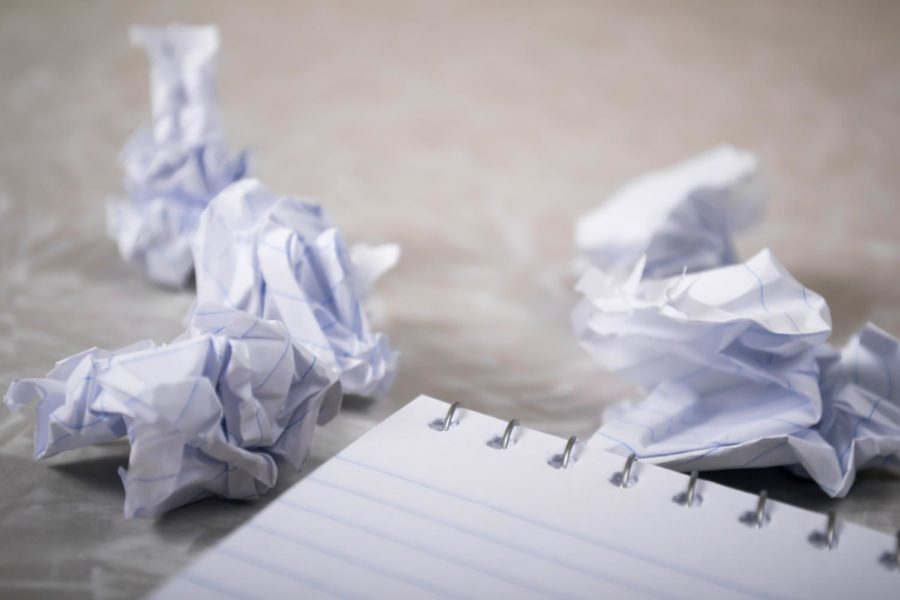 The mental health of journalists is an often-over-looked phenomenon. Stress is very much considered part and parcel of the profession, or as a default state of newsroom culture. Nocturnal schedules, tight deadlines and potentially dangerous reporting environments can be typical ingredients of a career in journalism. The normalization of such working conditions can lead to mental health problems for journalists.

The story of Pulitzer Prize winning photojournalist Kevin Carter is a tragic example of how far-reaching and devastating this phenomenon can be. Carter’s famous photograph depicting a starving child with a predatory vulture nearby catapulted the photographer to the dizzying heights of international acclaim. A few months after winning the Pulitzer Prize for Feature Photography in 1994, Carter committed suicide. Based on reports, Carter had been plagued with unresolved mental health issues and had suffered from work-related trauma and substance abuse.

According to a 2009 report last updated in 2016 by the Dart Center for Journalism and Trauma, an astonishing 80 percent of journalists experience a work-related traumatic event. Anxiety, depression, post-traumatic stress, and insomnia are common diagnoses both in and outside of the newsroom. Foreign correspondents and freelancers covering war, disasters, and conflict are especially at risk of developing mental health related problems. Due to the physical distance between these reporters and their news organizations, there are no provisional psychiatric services in place to specifically cater to the mental health needs of freelance journalists and war correspondents. According to Tom Hundley, senior editor at Pulitzer Center on Crisis Reporting and a former foreign correspondent, “they [mental health support mechanisms] are lacking in that they are virtually non-existent. There is also a culture among journalists that tends to be dismissive of those who ‘can’t deal with stress.’ This attitude needs to be toned down.” However, he adds that “journalists covering conflict and war often form support groups to look after each other and to alert family, friends, and editors when they see a colleague who appears to be suffering.”

Self-medication, however, is an on-going, scarcely tackled phenomenon among reporters. “It’s not kind of surprising that self-medication goes on. It’s not just alcohol, its drugs too. It’s also not surprising that a lot of these problems go undiagnosed,” said Andrew Mills, journalism professor at Northwestern University in Qatar. A Huffington Post article states that there is a limited body of research surrounding the topic, which suggests that mental health disturbances are rarely acknowledged in journalistic circles. It posits that the reluctance to do so not only stems from the cultural stigma surrounding mental health but also due to tangible fears of unemployment.

In a Columbia Journalism Review article, journalist and author Jan Wong, who experienced a severe bout of work-place related depression in 2006, shares the initial reluctance she had in divulging the truth about her condition. She recalls thinking at the time, “Oh if I go public with this, I’ll never work again because we work essentially with our minds.”

Journalistic stereotypes concerning bravery and grit can also undermine the process of acknowledging underlying mental health issues, thereby leading affected journalists to suffer in silence. “Some journalists I know, especially war correspondents, have their whole identity constructed around their role as a war correspondent, that they get a kick out of the adrenaline,” said Mills. Nonetheless, based on a 2002 study published by the American Journal of Psychiatry, around one-fourth of war correspondents are at risk of experiencing post-traumatic stress disorder at some point during their careers. They are also more likely to suffer from depression and anxiety and are more likely to abuse drugs and alcohol on a greater scale than their newsroom counterparts.

However, despite this, interesting differences emerge in the psychological experiences of on-site conflict reporters and newsroom journalists. Secondhand or vicarious trauma involved in the monitoring and editing of violent content can create severe strains on mental health. According to a 2013 study, researchers found that while war correspondents are able to reach a certain threshold of desensitization after prolonged exposure to their extreme surroundings, journalists who view graphic content for short bursts of time, such as those who work primarily in newsrooms, can develop symptoms of psychological disturbance. This naturally has far-reaching consequences for newsroom video editors who need to sift through all kinds of content on a daily basis. According to NU-Q communication senior Ammar Younas, who covered the subject of debt bondage in Pakistan as part of an undergraduate research project, “most of our news media is dominated by sad news and as a media maker you are exposed to them more than an average person. I think the negativity takes a toll on you. You slowly get desensitized where you don’t even feel the emotions that are natural.”

Vicarious trauma through the viewing of graphic footage has become a serious issue since the start of the Syrian crisis. As the story of the Syrian conflict has unfolded through the years, news organizations have sought to create channels for constant information and video monitoring. Journalists have become increasingly reliant on video footage and social media for the attainment of information constrained by on-site restrictions. “They didn’t foresee that vicarious trauma would be an issue,” said Mills. “Because I don’t think they foresaw that they were actually going to have correspondents sitting in the newsrooms going through this kind of footage day in and day out.”

However, with the course of time, vicarious trauma has been increasingly acknowledged and addressed in newsroom environments through the use of safety mechanisms, such as the integration of breaks and shift changes. “I think the user-generated content hub at the BBC is a pretty good example to look at of an organization that has not only recognized that this issue exists, but has built creative policies to try to prevent this kind of trauma from happening,” Mills added.

The BBC’s UGC Hub comprises of journalists dedicated to handling the user-generated and social media content that is relayed to BBC News outlets. User-generated content helps journalists access footage and information from hard to reach areas, especially within conflict situations. Due to the nature of handling user-generated content and the possibility of seeing trauma-inducing images and footage, there is an industry-wide need to support journalists in charge of such content. The BBC has recently developed mental health support systems such as counseling and educational services to help its journalists deal with vicarious trauma.

Aside from professional journalists, undergraduate students who major in journalism or mass communication experience their fair share of having to report on difficult subjects. For NU-Q communication senior Ibtisam Moosa, who researched and interviewed Rohingya refugees in Malaysia as part of an undergraduate research grant, the experience proved to be challenging. “It is certainly very upsetting. When I went to Malaysia to interview refugees, I severely underestimated how much of an impact the exchange would have on me,” said Moosa. “I remember feeling an insane amount of guilt for getting information from these vulnerable people for my project, but in return not being able to give anything concrete back. I also felt so helpless especially because some of them would ask me, ‘can you admit my daughter into school’ or ‘can you get my son a job’ and I would apologetically shake my head no.”

According to Patti Collins, NU-Q’s Health and Wellness Counselor, self-care is integral to working in such an emotionally taxing field as journalism. “When you think about journalists in the field and you’re dealing with trauma or war stories, you also think of other kinds of professions where you are exposed to similar kinds of trauma, like police, firefighters, ER doctors, even therapists,” she explained. “It’s really important to develop a support network so that you give those stories a voice for yourself. You write for other people but you also have a voice for you and it’s important for you to spend time caring for it.”