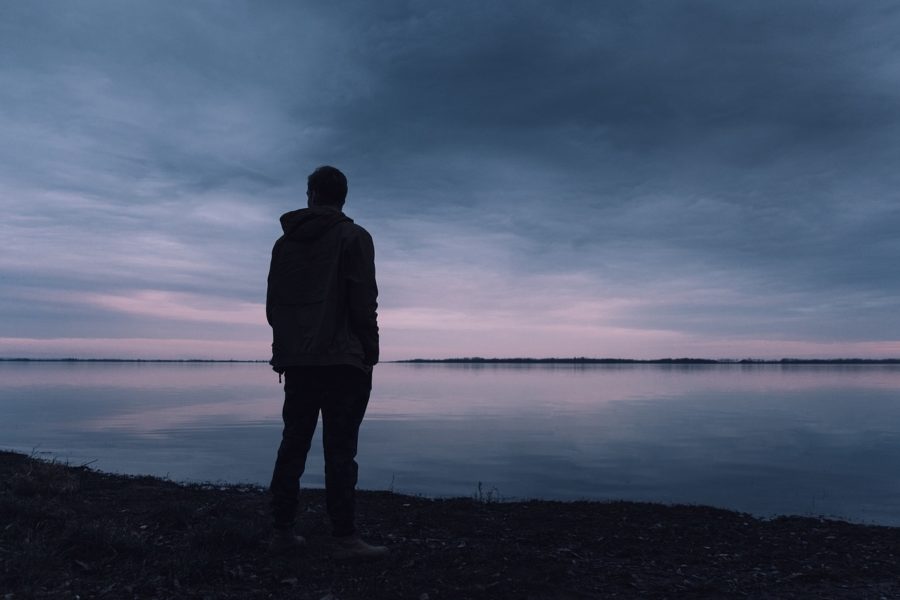 The gentle breeze cooled my face as I lay on the grass and stared up at the dark sky. It was quiet and serene. The warm, yellow-hued lights of the university’s building lifted the darkness around me. An oasis of peace, I thought to myself. And yet, I felt incredibly uneasy. Here I was, thousands of miles away from home, an independent freshman at Northwestern University in Qatar, chasing after my dreams in an environment most conducive to my intellectual spirit. But at the same time, I was also terribly homesick.

Now, at the three-week mark of being away, I was starting to acutely feel it. There were nights when I would wake up and reach out, expecting to have a familiar bedside table next to me, on a familiar bed, in a familiar room. But nothing was there. Instead, I was all alone in a small, quiet space.

When I opened up about my homesickness to new friends, I thought I would receive sympathy and comfort. Instead they casually told me my feelings would pass. Apparently as time went on, my connection to my home of 22 years would somehow dissolve.

Homesickness among students is often seen as a mere ‘settling in’ issue. However, many university students suffer from it. In 2005, the UCLA Higher Education Institute conducted a survey on homesickness among first-year students. Some 38,538 first year students responded from 144 colleges and universities around the United States. Nearly 50 percent of first-year college students who participated in the survey reported feeling homesick.

Another study conducted in 2014 on 374 undergraduate students between the ages of 18 to 24 at Franciscan University of Steubenville in Ohio found that homesickness is a direct byproduct of the transition to university. It is associated with appetite disturbance, concentration problems, and depression.

Also contrary to what I believed, homesickness does not always resolve in a few days or weeks. According to Sammut, the head researcher of the latter study, which was published in the Journal of Affective Disorders, it is possible for homesickness to prevail for several years, similar to any other stress that humans undergo.

“It depends on many factors including, among other things, personal levels of resilience, family upbringing etc.,” Sammut wrote in an email.

Apart from homesickness, his study also found academic performance, pressure to succeed, financial concerns, quality of sleep, relationship with friends and family, and self-esteem issues as conduits for depression and anxiety.

This is not a problem that the students can just will themselves out of, Sammut clarified. Rather, universities should tailor treatments specific to the needs of the students after understanding what aspects of their lives may be causing them anxiety and depression.

I’m now in my final year in university. I’m still very homesick. Except, things are different this time. What used to be just homesickness has now evolved into a bigger beast. The stress of college life has worsened my yearning for home and family, making me acutely sensitive to anxiety and panic.

So much so that I have adopted certain behaviors because the smallest things can drive me up the wall. For example, my phone is almost always on silent now, mainly because I severely dislike the chime that rings when a message is received. It’s not that I don’t want to hear it. In fact, my dislike for it comes from the fact that I kept hearing other people’s phones ring around me, but mine would stay silent. Out of frustration, I turned off my phone’s volume so I could pretend that I never expected it to ring in the first place. Nevertheless, I still watched it like a hawk, waiting for someone to message me. It felt as though I wasn’t getting messages and replies often enough.  Not because no one cared, but because no one knew I desperately I wanted to hear from them. I would mention to my family in passing how much I missed them, but I never opened up about how severe my homesickness had gotten.

The realization of how bad things had gotten hit me when I started having recurring anxiety attacks. A normal day was equivalent to me standing in the middle of a metaphorical ocean, letting the waves of emotions gently crash against me. But, the stronger the loneliness and sadness became, the higher the waves grew, until the longing for my family would grow so strong that the waves would engulf me, one upon another, and it would feel like I was drowning. At times like these I was often physically incapable of doing much, except for lying down somewhere and trying to inhale as much oxygen as I could, reassuring my constricting lungs that I wasn’t drowning. In those moments, I often tried very hard to somehow will myself back home – back to the familiar and comforting company of my parents and my husband and my friends. Turns out, teleportation isn’t a real thing. This is what homesickness had become for me—an adjustment inconvenience gone terribly wrong.

I can’t choose between whom or what I miss the most about home. I miss my parents–I went from someone who couldn’t study when my mother wasn’t home to being thousands of miles away from her for most of the year. I also often rebuke myself for choosing to study so far away from my husband. Talking to him on the phone helps, until it doesn’t. It can never make up for the vacuum of physical absence.

I also miss the comfortable familiarity of Karachi, a place that knew me as well as I knew it. I knew the shops and its shopkeepers and they knew me as the girl who bought more junk food than is healthy to consume. I don’t have that here in Doha.

Patricia Collins, counsellor and coordinator of counselling and wellness at Northwestern University in Qatar, was one of the first people that helped me come to terms with the anxiety that homesickness was giving me. Homesickness can become something far more debilitating than merely feeling sad if it is brushed under the rug for too long, she told me, and anxiety and depression are its common branch offs.

But counselling can be a big help. Collins encouraged me to open up about my struggles to my family and friends, instead of bottling them up. But more than that, she asked me why I was viciously fighting my loneliness, as if I was disappointed in myself for feeling it.

“Is it that you expected yourself to adjust to your changed surrounding immediately, without any difficulty?” she asked me once.

“Of course,” I replied. All the students had done that, so why not me? But not all students can change so quickly, Collins explained. “You have to look around and observe what others are going through,” she added.

It is only when I started asking others about what their experiences have been like with homesickness that I realized I was not alone in this. Amina Nikšić, a junior at NU-Q, said she felt extremely lonely when she moved to Doha from her hometown in Sarajevo.

“I missed everything about home,” she said. “I missed the family, the friends, the food, all of it. Everyone back home was with their families. My friends here had their families with them too. But I was all by myself.”

For Niksic, homesickness did not go away by the end of freshman year.

“In my junior year, I had to spend Eid alone. Nobody was here and I felt so bad. I missed the celebrations with my family, I missed the special sweets we would eat. Even now I miss everything about home, even though it’s been nearly three years,” she recalled.

More than making me realize that there were others around me experiencing similar feelings, Collins helped me to understand the root of my problem: I wasn’t cutting myself any slack.

“We are often so hard on ourselves that we think everything we do should be done to perfection and nothing less,” she said. “We think that all sad emotions are terrible and should be repulsively removed.”

Instead, she advised that I should learn to adopt an attitude of acceptance.

“Accept the occasional anxiety and sadness that you feel within,” she said. “Instead of fighting it, understand that these are emotions that we all have to face from time to time. Let those emotional waves roll off you instead of building a wall against which they are forced to crash.”

There is no shame in admitting that things are not perfectly fine. Often, we tend to get wrapped up in the college culture we see around us: friends and acquaintances giving their A-game for classes, with perfect social lives and all extra-curricular activities in check. But often the image we see is just a façade.

It seems intimidating to admit that something is wrong and to seek help for it. But seeking help is not some extra benefit or advantage that you get over others. It levels the playing field, so that you have an equal chance at being mentally at peace.

For a solution at a more administrative level, the study by Sammut advised that in the same way universities collect survey data about academic and professor performance, they also need to collect data for student performance and implement a systematic and continuous method to monitor the mental health of students. According to the research, this would make it easier to create and improve programs centered on helping students who are struggling.

Looking back, it would have been easier for me had I addressed the issue earlier by asking for help, not just from college counselling but also from my peers around me—a support group of sorts. It is quite cathartic to talk about things that trouble you, instead of pretending like everything is under control. Homesickness should not be a debilitating experience, provided that you get appropriate help for it sooner rather than later.

It is also not something that one should constantly battle.

“We need to be kinder and more accepting towards ourselves,” Collins told me. “Think of these negative feelings like some unwelcomed guests. You dislike them being there, but you acknowledge their visit, and instead of pushing them out, you let them be until they go away on their own.”

If there was anything that helped me to resist the urge to leave everything and go back home, it was talking about it. So long as I internalized my homesickness, I suffered in loneliness. But once I started talking about it, understanding it and trying to look beyond the negativity, I realized that there was more to my being here than just pining for home. A growing emotional resilience, paired with this newly found self-kindness, eventually changed my outlook to a more positive one. I can’t say that I will get over my homesickness completely, but this seems like a pretty good start.