The relationship between prayer, medicine, and mental illness 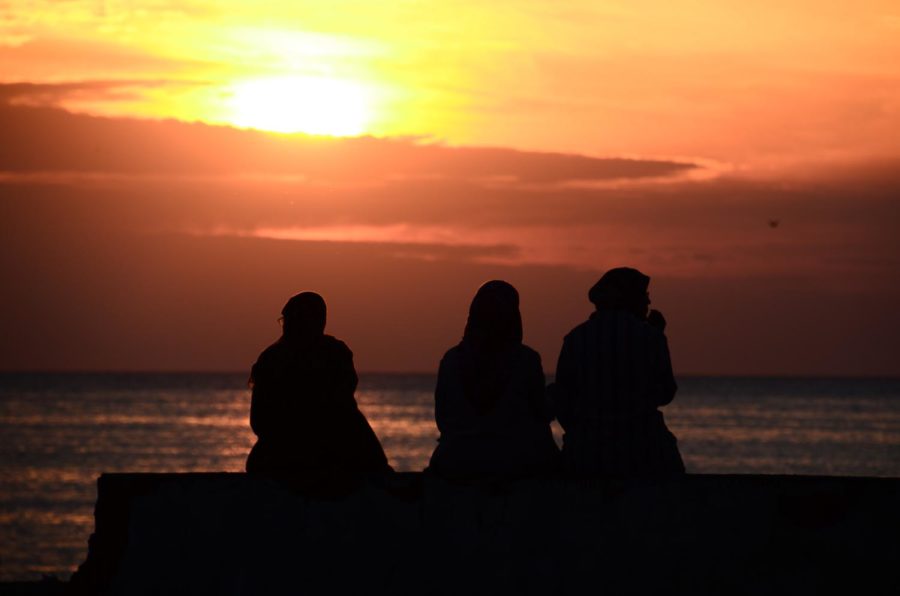 Rimal Farrukh has a family history of mental health issues, but she didn’t think that one day she would experience the symptoms that some of her relatives have. She expected to carry on with her life in Pakistan and then go on to study journalism at Northwestern University in Qatar. But during a gap year prior to joining NU-Q, Farrukh was surprised by her first episode of a major depressive disorder.

“[The occurrence] was something very traumatizing for me to go through something like that, of that severity,” said Farrukh. Her sister thought that Farrukh had gone into a catatonic state.

Since then, Farrukh, now a senior at NU-Q, has experienced two more episodes.

Growing up, Farrukh was raised by her religious Muslim mother and a not-so-religious father. Neither of her parents imposed their religious beliefs on their kids, and she said this is why she developed a healthy relationship with Islam. But when she began experiencing the symptoms of her disorder, she developed negative feelings toward religion.

“During that time period, it becomes so debilitating that when I’m sick, it made me very bitter about God, generally like, ‘oh, why would God let this happen to me?’” said Farrukh. Her mother supported her throughout her experiences, but Farrukh said she felt that neither her mother nor others immediately around her understood what she was going through. Her mother suggested that Farrukh pray more to make her connection to God stronger in order to alleviate her depressive episodes.

But in Farrukh’s estimation, “An illness is an illness. You can’t pray away something that’s biochemically messed up in your head.”

The relationship between faith and modern medicine is complex and often misunderstood.

Farrukh is one of many individuals in Qatar with a mental health illness. Three of the top five causes of disability in Qatar are mental health disorders, according to the Qatar National Mental Health Strategy proposed in 2013.

According to the strategy, people with mental health issues tend to not come forward about their experiences, despite the high rates. This is attributed to fear of shame and humiliation.

This idea of mental illnesses being too difficult to discuss in public is also highlighted in a 2014 study by four trainers from the IDRAAC Institute for Development, Research, Advocacy and Applied Care. While conducting the study, the researchers deduced that “stigma is particularly high in this part of the world [Qatar] and denial of symptoms very common.” Out of the 2,514 respondents in the survey, almost 40 percent regarded mental illnesses as “spiritual afflictions.”

Sam Nabil is a licensed professional counselor who lived in Qatar for nine years before moving to Cincinnati, Ohio, in 2012. During his time in Qatar, he found the country’s mental healthcare system to be lacking and decided to take the initiative. He expanded his already existing platform, Sam Nabil Counseling Services, and now provides online counseling for those in need of therapy in Qatar. The services he offers include therapy for anxiety, depression, and marriage counseling.

Nabil recalled one man he worked with during his time in Qatar who was suffering from depression and took a leave of absence as a result. When he returned to work, his colleagues were “avoiding him like he had a contagious disease,” Nabil said.

“There is no such thing as 100 percent mentally healthy humans. It is also important to note that experiencing mental challenges is a normal part of life,” Nabil said in an email interview. “The fact that a colleague or a friend is not doing well in a specific moment does not mean that they are now sick and will remain sick. We all experience ups and downs.”

This misunderstanding of mental health can also stem from the perception that people with mental illnesses are simply “crazy,” or even that they are under the influence of a demonic presences or jinn, according to Carrie York Al-Karam, director of the Al-Karam Lab for Islamic Psychology at the University of Iowa.

“We need to get beyond this because that’s simply not the case,” added Al-Karam.

Farrukh is not the only one who has faced similar stigma due to her mental health. Filza Khan, a graphic designer who graduated in 2015 from Virginia Commonwealth University in Qatar, experienced mental health issues during her time in Education City. Born and brought up in Pakistan, within a Muslim country and household, Khan has been surrounded by Islam throughout her life.

She was diagnosed with chronic anxiety, persistent depressive disorder, and occasional severe depressive episodes. During these times, praying helped Khan to calm herself out of a panic attack, while religious meditation allowed her to become more mindful.

During her time in Qatar, Khan often felt that mental illnesses were not something she could speak about openly. She found that many saw it as a non-issue or a “phase that will pass,” which made her feel restricted in seeking out professional mental healthcare. Khan also has been the target of others advising her to become more religious in order to combat her mental health issues, which she felt implied that Islam has no place for people like her, she said.

“There are many parallels between the guiding [principles] of psychology and the teachings of Islam and other religions,” said Nabil. He points to cognitive behavioral therapy as an example. CBT is based on the concept that thoughts, feelings, and behavior all affect each other and is used in the treatment of mental health problems. The therapy technique urges patients to develop new ways of thinking and behaving that cause them less psychological distress. Nabil said this aligns with Islam’s teachings of how we should attempt to cultivate a positive mental attitude.

In the early years of Islam, the social attitude towards those with mental illness was of compassionate care, according to a study on the connections between Islam, mental health, and law published in the Annals of General Psychiatry.

“The Islamic world, in its early years, had a pioneering approach concerning mental health and psychiatry. The first psychiatric hospitals were founded in Arabic countries: Baghdad in 705 A.D (during the kingship of the caliph El Waleed ibn Abdel Malek), Cairo in 800 A.D, and Damascus in 1270 A.D. In comparison, the first psychiatric asylum in West Europe, the Bethlem Hospital in London, was founded in the thirteenth century,” the authors explained.

Al-Karam agrees that mental health was always considered a significant aspect of a Muslim’s health.

“Early Muslim scholars, many of them wrote about psychology in what we think of today as psychology-related issues,” said Al-Karam. She pointed to Muhammad ibn Zakariya al-Razi, an influential Persian physician, philosopher, and scientist, who wrote about psychology during the Golden Age of Islam, a time period significant for scientific and cultural breakthroughs in Muslim empires, estimated to be between the eighth and 13th centuries.

“They have rich authoritative work, as for example the Kitab al-Hawi and the Al-Qanun fi al-tibb, which are multivolume medical books. They fought off superstition, which had already dominated the Christian world; they adopted the Hippocratic organic psychiatry and they applied psychological methods of therapy,” said the study.

Considering this relationship between Islam and mental health, Nabil advises other Muslims who experience mental health problems to understand that religion and medical help are not mutually exclusive.

“In the same way it is unproductive to expect someone who broke their leg to ‘pray’ to heal if they do not go see a doctor, it is equally unproductive to ask someone struggling with a mental health issue to pray and get connected to God to heal, without seeing a therapist,” said Nabil. He added that this mindset is, in fact, more harmful as it can make people feel isolated and misunderstood.

According to Al-Karam, one should not be afraid to seek out Western-trained therapists in the Gulf for fear of their work not being applicable to Islam, as there is a growing trend of therapists tailoring their services to fit within the Islamic worldview.

The downplaying of mental health problems within Qatar has been and is still a persisting issue. The Qatar National Mental Health Strategy, which acknowledges this problem, was created in order to deliver an improved system for tackling mental health issues in Qatar by raising public awareness as well as reducing the existing stigma.

This is not the only endeavor Qatar has taken in order to help those living with mental illnesses. Last year, Qatar’s Emir Sheikh Tamim bin Hamad Al Thani signed a law that provides certain rights to residents with mental health issues, including protecting their right to receive treatment in a safe environment.

The Hamad Medical Corporation provides mental health services. The services can be accessed through a referral from a healthcare professional or even through self-referrals by the patient for a temporary period.

Since the start of her treatment for her illness in January 2016, Farrukh’s depression now comes in smaller and more manageable stages. She credits going on medication for stabilizing her mental health considerably.

Correction: Nov. 19, 2017
A previous version of this article incorrectly stated that Rimal Farrukh is a junior. The article has been updated to clarify that she is a senior.