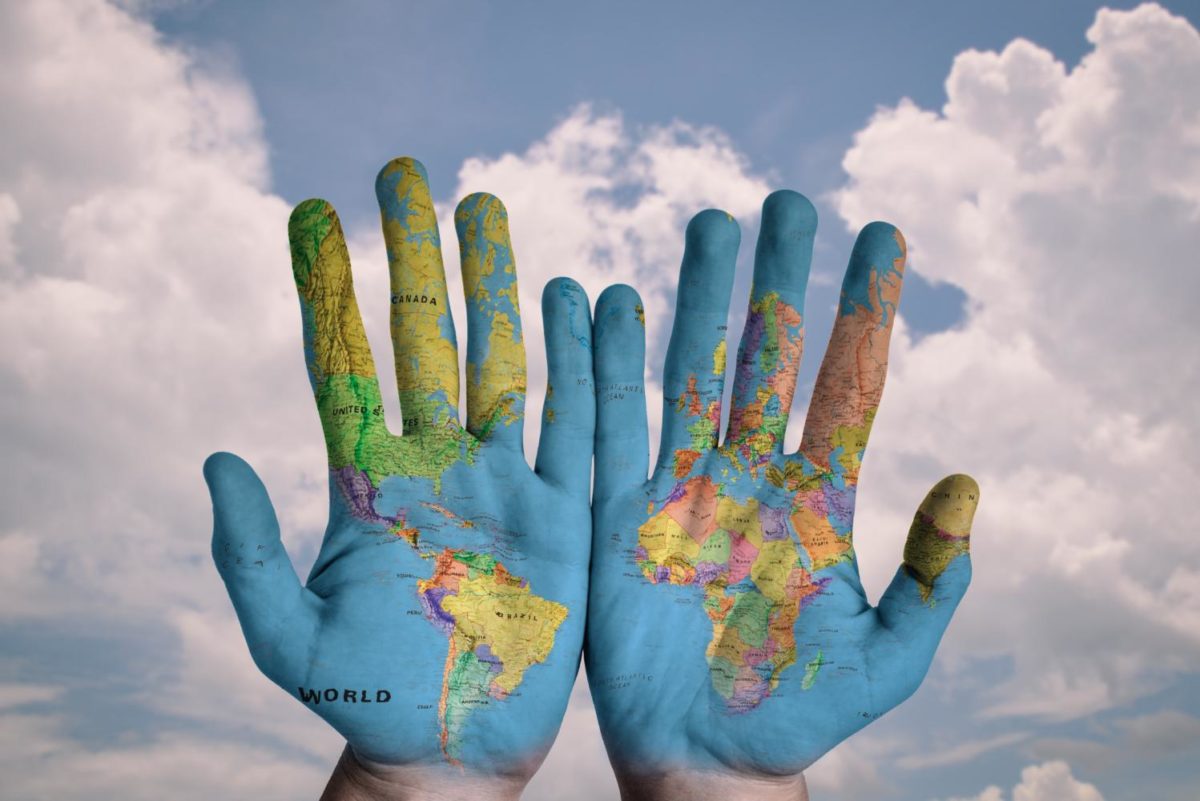 Whenever I meet a fellow South Asian for the first time, I can guarantee that at some point they will either ask about my fluency or attempt to have a conversation with me in Urdu. And every time, I give the same nonchalant shrug and say, “I understand the language but can’t speak it.”

Despite having an Indian mother and a Pakistani father, both of whom are fluent in Urdu, my younger brother and I were never raised to speak it in our home. This is not at all the fault of our parents, who only wanted us to fit in at our English-speaking kindergartens. But couple that with my childhood best friends, many of whom also could not speak Urdu, and it’s clear that I had the prime upbringing to evolve into a “burger.”

The term “burger” is one that is special to Pakistanis. It refers to those who are of Pakistani origins but are very detached from their culture, and who, as a result, tend to prefer Western food, such as burgers, over Pakistani cuisines, such as biryani.

And yes, it also refers to those who cannot speak Urdu or just speak it very poorly. To me, it is one of the various nicknames reserved for me by my father, and the only one that I am willing to have publicized on the Internet.

The thing about not knowing my mother tongue that may surprise some people is that, other than in a few instances, it has never made me feel any less South Asian. I may not be able to watch some Bollywood movies all the way through without subtitles or without having to ask my mom what some dialogue meant, but that doesn’t stop me being from being proud of my Pakistani-Indian roots. Whenever my family and I visit Karachi to see our relatives, I feel as at home as I do here in Doha, where I have lived my entire life.

I have had my fair share of unwarranted comments, though. A couple of years ago, I was having lunch with one of my close friends and a mutual acquaintance of ours. The acquaintance asked both of us a question in Urdu. My friend responded in fluent Urdu while I replied in English. The acquaintance listened to my answer, and then asked me the question that I am so used to now: “So you don’t speak Urdu?”

I explained the usual – that I understand the language perfectly well but cannot articulate enough to speak it fluently. She nodded, then proceeded to talk about how her family always prioritized that they speak Urdu at home and nothing else.

“It’s just so important, you know, to have that connection to your culture. My parents always made sure that I never lost it. Parents should take responsibility to teach kids their language,” she said.

I did not think anything of it and lunch proceeded as normal. It wasn’t until later when we were alone that my friend approached me and asked how on earth I could be okay with what that acquaintance had said.

“She made you sound so inferior for not speaking it,” my friend said.

Once I processed what had happened, my blood boiled. Not at the acquaintance’s attempt to belittle me for not knowing Urdu—it was the truth anyway. But at her nerve to imply that my inability to speak the language was the result of my parents somehow not caring enough about whether I identified as Pakistani-Indian. My parents, who can easily ramble on and on with stories about their time in Karachi and Mumbai and of the various cultural rituals that I will be engaging in when I eventually wed, were apparently not parenting me well enough.

My parents’ major priorities when it came to raising me may not have been to do with speaking Urdu, but that’s only because they had something more important in mind: raising a good person. They did what any parent would hope to do, which is teach me the difference between right and wrong. They trust me to be my own person and to make the right decisions for myself. That extends to my language.

I’ll admit that I do have concerns sometimes about my lack of fluency, albeit paranoid ones. I worry that I will meet prospective in-laws who will immediately shun me because I cannot speak Urdu and will see me as unfit for their dear son. Or that I will raise children who will actually prefer burgers over biryani, and I’ll have to disown them for the betrayal—I’m kidding, of course. But truthfully, while these kinds of thoughts don’t keep me up at night, they are the occasional manifestations of that little voice inside my head that likes to whisper, “You don’t belong.”

With that said, not speaking Urdu is not the biggest tragedy of my life. I was reminded of that when I read this story about a young girl from Pakistan. During a newscast on the first snowfall of winter earlier this year, a reporter asked a group of college students on a field trip their thoughts on the snow. In an attempt to take the opportunity to praise her college on camera, and amidst the confusion of the crowd, one of these girls slipped up and said in English, “We are proud of you.”

The girl’s English slip-up quickly became a viral meme in the community. It was all fun and jokes until it later emerged from her classmates that the girl was apparently facing extreme humiliation and embarrassment from her blunder, terrified of facing the world again.

Though not speaking your mother tongue does not inherently mean that you are not proud of your background, language remains the focal point of any culture. Speaking Urdu is what separates my family from other Pakistanis that speak Punjabi, while my mother’s Konkani is what separates her from Hindi-speaking Indians. Language is a beautiful part of our world that both groups and individualizes us as people. But when you begin to sneer at your own people for their language capabilities or lack thereof, all you do is hurt the community.

This is not the first time I have seen something like this among South Asians. I have also witnessed it in a friend that gets embarrassed whenever he unknowingly interchanges his v’s and w’s while speaking English, immediately correcting himself. There is a pervasive idea that if one cannot speak English effortlessly, they are supposedly less intelligent and/or lower class. It is one of the effects of Western colonialism that many South Asians still internalize today; it sucks like a leech on the national pride our ancestors fought to secure and instill in us.

A film I saw earlier this year, Hindi Medium, directly referenced this issue in our community. One of the leads declared, “In this country, English is not a language. It’s a class.” A rare instance of a Bollywood movie imitating real life.

My point is that I can say whatever I want about comments from stuck-up colleagues or that sliver of shame I feel about my accent during the rare times I do speak Urdu. They do not take away from the intrinsic privilege I have, and should not have, for knowing English fluently.

You may wonder why, at 20 years old, I don’t speak Urdu yet. All I can say is that it is for the same reason none of us have done that one big thing we always plan to do eventually: I don’t have the drive. I tell myself it will be this summer, or next summer, or two summers from now, etc. Maybe part of me is too afraid of failing or believing that I will end up believing that nefarious voice in my head that says I don’t belong. I really do not know. The only thing I do know is that when I do learn it, and let this be a guarantee to the Internet that one day I will, it will not be to prove to anyone that I am Pakistani-Indian.

By virtue of my birth, I already am and will always be. Language has nothing to do with it.