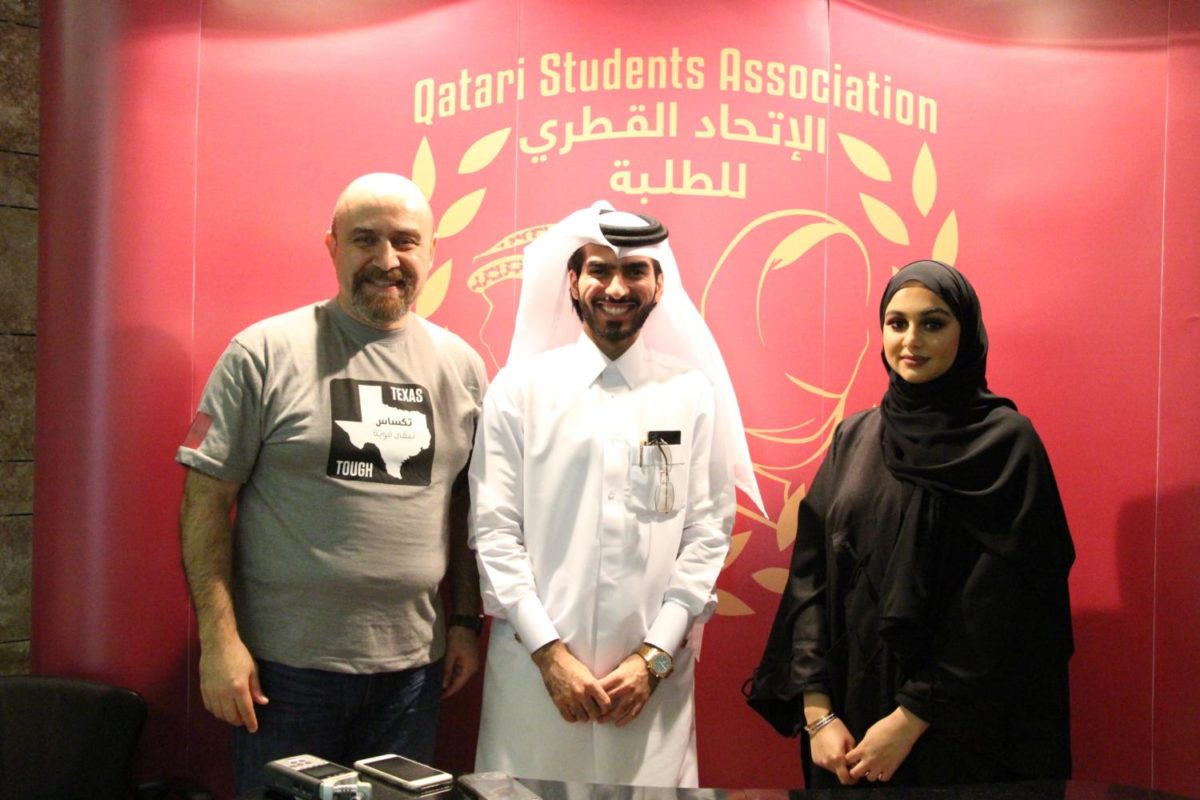 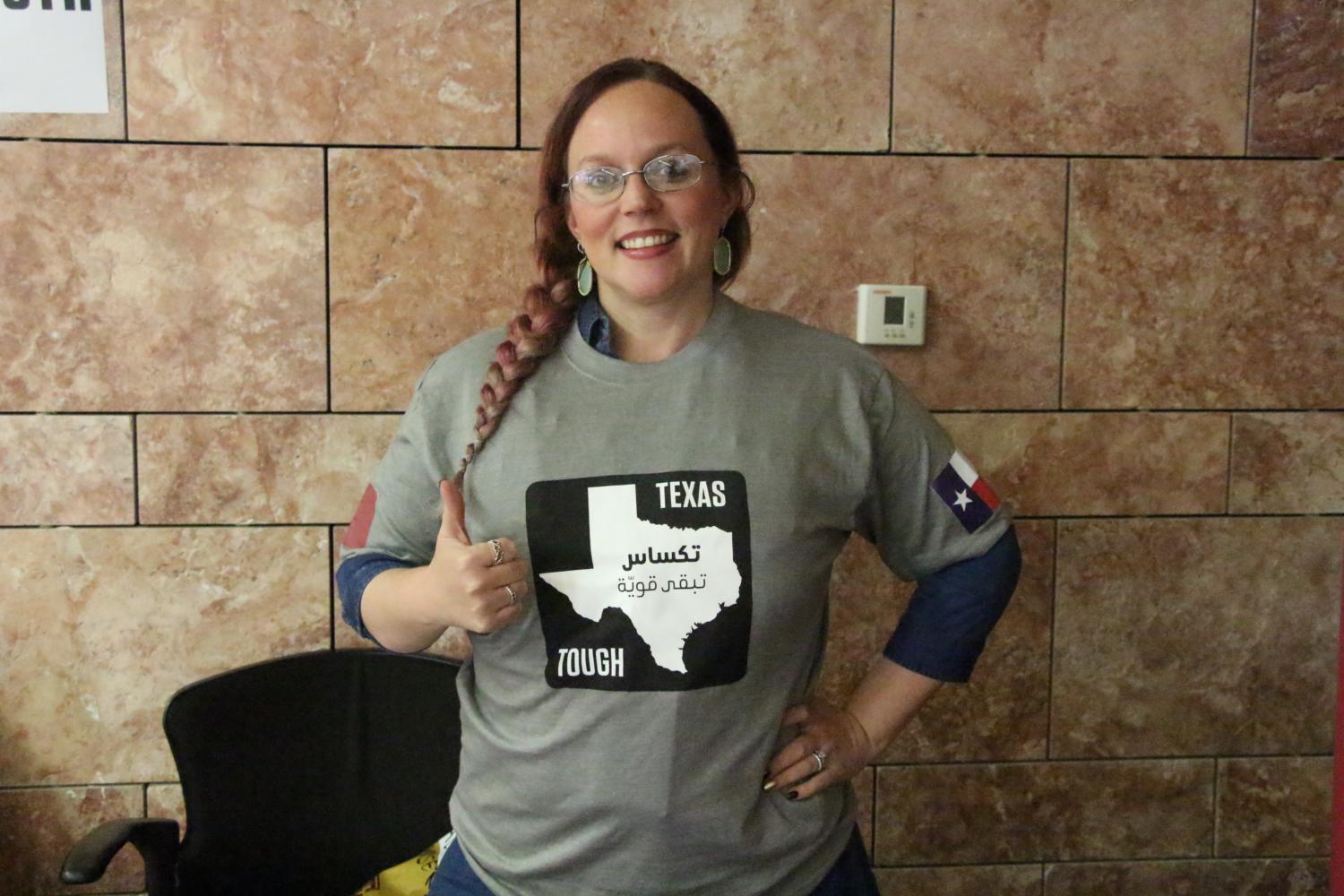 Valerie Townsend, the assistant director of payroll at TAMUQ. Photo by: Asmahan Qarjouli

In a show of support, students at Texas A&M University at Qatar hosted a day-long fundraiser for their TAMU counterparts who were affected by Hurricane Harvey.

Held on Wednesday, Sept. 20, the fundraiser, “Texas Tough Together,” collected donations for students and faculty residing in College Station, where the main TAMU campus is located, who lost belongings due to the hurricane.

Two TAMUQ groups, the Qatari Student Association and Al-San’a, a special-interest organization created by Qatari women, organized the event on the Doha campus.

“A lot of students and faculty participated in this event,” said Maha Al-Sulaiti, the leading event organizer and a petroleum engineering junior. “[We] wanted people to know that we care.”

The fundraiser also aimed to spread awareness about the hurricane, according to Mohammad Al-Mansouri, president of the Qatari Student Association and an electrical engineering senior.  Al-Mansouri said he hoped to increase the connection between Qatari and U.S. Aggies, a nickname for TAMU students. “We don’t want [the Qatari students] to think that the main campus is a building…we want them to think of it as a family,” he said.

Activities took place throughout the day including electric bull rides, pin the counties on a Texas map, photo booths and food stations. Mugs and shirts with the event logo and a map of Texas with the phrase “Texas Tough Together” printed on it in Arabic and English were also available for purchase. All donation proceeds will go to the Student and Employee Disaster Relief Fund created to help students and employees affected by the hurricane.

TAMUQ’s main campus in College Station suffered some mild flooding and disturbance in trash service, but the campus was not directly hit by the hurricane for the most part. However, staff and families were affected, according to Hassan Bazzi, associate dean for research at TAMUQ. “Harvey has affected tens of thousands people in the state of Texas including hundreds of families…students and staff at TAMU,” he said. He added that he was impressed with the response of Qatar’s Aggies to the disaster.

Valerie Townsend, the university’s assistant director of payroll, helped collect the donations during the event. Townsend was born and raised in Texas. Her family lives in Rockport, one of the affected areas. “It hit me personally really hard,” she said. Her parents and grandparents lived without electricity for a week. She was touched by the students’ efforts to help the TAMU community even though they are far from Texas. “It’s hard being far away and not being able to do anything except money… I am happy to see that we did something,” said Townsend.

Bazzi said he was proud of the students’ spirit and initiative in organizing an event that would help their fellow TAMU community across the world.

“When we say Aggies help Aggies, it’s in everything…it’s something that we are very proud of,” he said.

The fundraiser is still ongoing and accepting donations that can be used for those in need of immediate help in the wake of Hurricane Harvey.