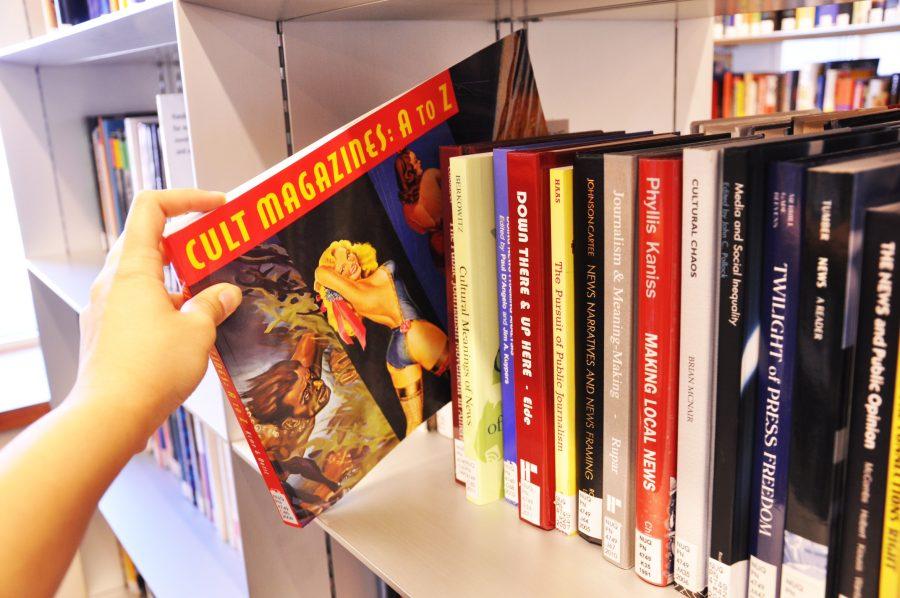 Education City is home to some of the world’s top universities, schools unaccustomed to dealing with book censorship on the their home campuses in the United States, but in Qatar recently, some of those six have begun to face exactly that.

Some books have even had to be removed from course syllabus because they were held by ministries or Qatari customs for review, according to students and faculty in EC.

“Last summer one of the books I was using in my Moroccan Women Writers course was stopped [at the Ministry of Culture],” says Tracy Vaughn, Associate Professor at Northwestern University in Qatar.

Although the professor is uncertain about what in Scheherazade Goes West by Fatema Mernissi was found controversial, she suspects it is due to the following excerpt: “I thank you Allah for sparing me the tyranny of the size 6 harem” on page 219.

Victoria Ngeno, administrative assistant at Northwestern’s library, says that shipments are sometimes held at the ministry for more than two months. But this usually only occurs when a shipment contains a large order, she said.

“If the shipment is small and without ‘offensive content’ the process is so fluid one does not notice this step,” she says.

Ngeno however has noticed that certain types of books usually face inspection. “All media of a religious nature, {or books that deal with sexual content, politics of the Gulf region and} previously banned books, are inspected.”

Northwestern is not the only university in Qatar Foundation having trouble with book censorship. Georgetown School of Foreign Service and Virginia Commonwealth Universities have also faced problems.

“We have a course here [at Georgetown] called Arabian Nights, and we don’t have the full volumes of Alf Lailah w Lailah (1001 Nights),” says Shaikha Al-Thani, a junior at Georgetown University.

“I think it’s because they (higher authorities) are afraid the content will be offensive to local students. Ultimately, they’re trying to be culturally sensitive,” Al-Thani says.

Jihad Hassan, a Georgetown alumnus, also experienced troubles with censorship throughout his studies at the university.

“A couple of times I had to wait literally weeks to get the books that I needed but by that time it was too late, my paper was already due.” Representatives of the Georgetown library could not be reached for comment after repeated attempts to contact them.

The director of the Virginia Commonwealth libraries, Carol Hansen, says that the VCU library has trouble with censorship regardless of the fact that they have an understanding with Education City that allows students free access to information.

“Sometimes boxes are opened before they arrive with some books missing from the original shipment order.”

However, that said, Hansen could not specify what types books are confiscated.

Although these censorship issues may hinder the academics of students, Jeremy Cohen, Associate Dean for Academic Affairs at NU-Q, says that with the internet servers provided, students aren’t really limited in terms of the information they have access to.

“You have access to anything on the server. Faculty here believe in students and the ability of students to make sense of all kinds of information, some of it unpleasant,” he said.

Mohana Rajakumar, a professor at Virginia Commonwealth and author of seven books, several of which focus on the lives of individuals in the Arabian Gulf, says that all media entering Qatar is subject to screening by the ministry.

According to Rajakumar, her most recent novel Love Comes Later “has been banned in Qatar because it is about Qatari society.”

But the author has found a silver lining in this screening process. “Intellectual freedom is as important as understanding the context of the society we live in. As artists, we could not hope for a more complex environment in which to practice our craft,” Rajakumar says.

Amin Zaky, a communications senior at NU-Q, says that although censorship is an issue that should be addressed, as a student it has not hindered him in any way.

“With the VPN (Virtual Private Network) that NU-Q provides (and which allows access to blocked websites), we can basically access anything we want, regardless of the sites that Qatar blocks and the books they ban. It hasn’t really affected me throughout my studies to be honest.”