In Conversation with Ece Temelkuran: First Edition of the Hiwar Speakers Series 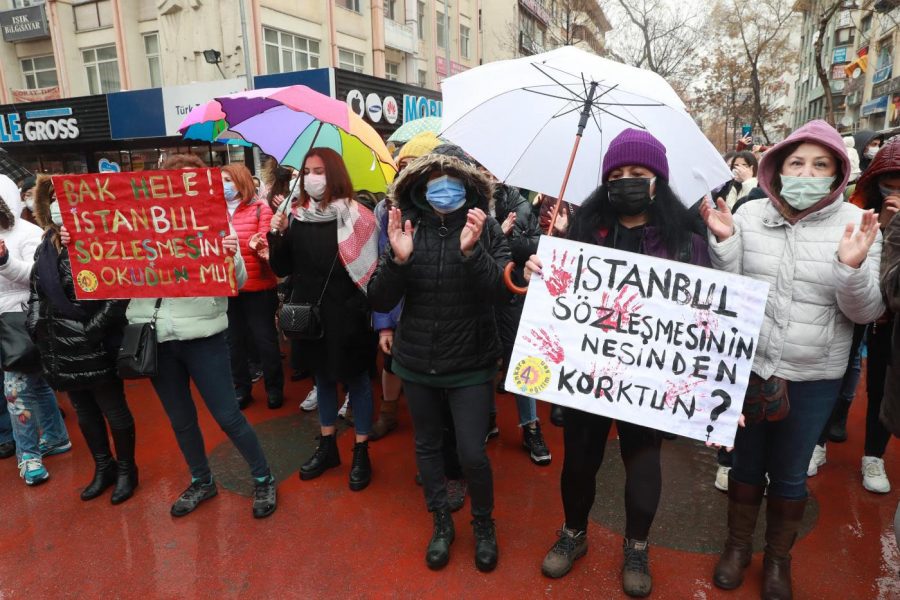 People and especially women should come together and brainstorm solutions on the way forward to counter right-wing extremism, according to Ece Temelkuren. Ece Temelkuran, an award-winning Turkish novelist and political commentator, in a discussion titled “Building  Understanding” held on March 22.

The event was part of the newly launched Hiwar speaker series, hiwar meaning dialogue in Arabic.  This series is organized by Northwestern University in Qatar to bring together the university community and distinguished speakers to discuss issues from around the world.

The discussion was moderated by Banu Akdenizli, an associate professor in residence at Northwestern University in Qatar. During this dialogue, Temelkuren explained the connections between the rise of right-wing populism and the spread of misogyny in the world. She mentioned the example of Turkey where the country retreated from the Istanbul Convention to combat violence against women.

She began by retracing her life as a writer and dissident due to her opposing views. She explained that she particularly disliked being referred to as “a writer in exile” because of a number of reasons.

“The word is quite a heavy word …I prefer to call myself a lighter term like a traveler, a writer,” she explained.

She also further elaborated on how she felt that the word “exile” created a divide between people in exile and immigrants as if implying that the struggle and the pain of one group are more worthy of attention than the other.

Temelkuran  discussed her book “How to Lose a Country in 7 steps: From Democracy to Populism.” In it, she highlights the common global pattern of right-wing populism. The book is written like a sort of manual for dictators, laying out seven steps to follow to abort a democracy.

Temelkuren cited among these instructions the creation of a movement that promises action and change, terrorizing the political language and polarizing sensitive consensus, as well as creating the avatar of an ideal citizen.

Temelkuren explained the difference between populism and nationalism. She highlighted that the right-wing populism of today’s world is different from the nationalism of the 19th and 20th centuries with one new important feature being “extreme pragmatism with a lack of ideals.”

“Today’s right-wing politicians are not really different from mafia bosses and they are globally connected and collaborating…the only ideal they have is to cease power and stay in power,” she added.

She explained that given that their sole motivator is the monopoly of power, these politicians have fluidity in their principles and what can be defined as inconsistency and an ability to adapt their discourse depending on changing circumstances.

“Reconciliation is becoming impossible because they are two conflicting stories,” she explained. She added that this is the reason she thought about writing a book in a way that will effectively unite the stories of Armenians and Turks and bridge this split.

‘Turkey’s ideological establishment is pretty much founded on the idea of forgetting, she said. She explained that this attitude can be harmful as it creates divides between the two communities.

“One of the biggest tragedies of humankind is to remember alone. Memory is an act that requires two people,” she added.

The discussion then moved to her book “Together: Ten Choices for a Better Now,” in which Temelkuren dresses a more hopeful and optimistic look at the future. In this book, Temelkuran mentions 10 changes aimed at creating a better world and better politics.

“Your soul gets contaminated… and you start thinking we really don’t have the power to change all these horrible things in the world, it is over,” she said.

Temelkuren highlighted that writing “Together: ten choices for a better now,” was an avenue for her to reevaluate her understanding of the world and of human nature. Writing it enabled her to be hopeful, or rather determined, for a better future.

“The most important thing for me in this book is faith in humankind,” she added. At a later point in the discussion, Temelkuren discussed the failings of modern world capitalism and the plagues it has created in society.

Temelkuren highlighted that one of the most morbid symptoms of capitalism is “the spread of misogyny and violence against women.”

She highlighted her fascination with the determination of women’s movements and the way in which it did not allow definitions of power to disrupt women’s activism.

“That is something that the new political movement will have to learn from in order to build a new world and build new politics,” she added.

In the second part of the panel, one attendee asked the speaker if the simplest way to counter the right-wing rise would be to tackle issues of rising inequality and taking interest in ordinary people’s demands.

Temelkuren explained that a question that was commonly raised in the past decade was about Islam’s ability to accommodate democracy. She said that instead of this fixation, the real question that should be asked is whether a capitalist country can be democratic.

Temelkuren also highlighted how the politics of emotion can actually help us in countering right-wing extremism.

“I think we have to be courageous enough to talk about emotions as progressives…and love and faith because these words are either monopolized by religion or monopolized by right wing populism.”

Another attendee asked about the challenges that we are likely to face on the path to heal and strive for a better world.

She explained that the biggest problem is that we have a tendency to “take the current system as a natural God-given way of being.”

“We have been made to believe this is the only way and that there is no other way and we have been subjected to this hard core propaganda since the 1940s especially, so we really lost our talent to think of an alternative.”

Due to this, people are convinced deep down that there is no alternative even though they reject this possibility, she added.

“I think the biggest challenge is to get rid of that mindset and to understand how that mindset is intrusive,” she concluded.