Recipes from Around the World 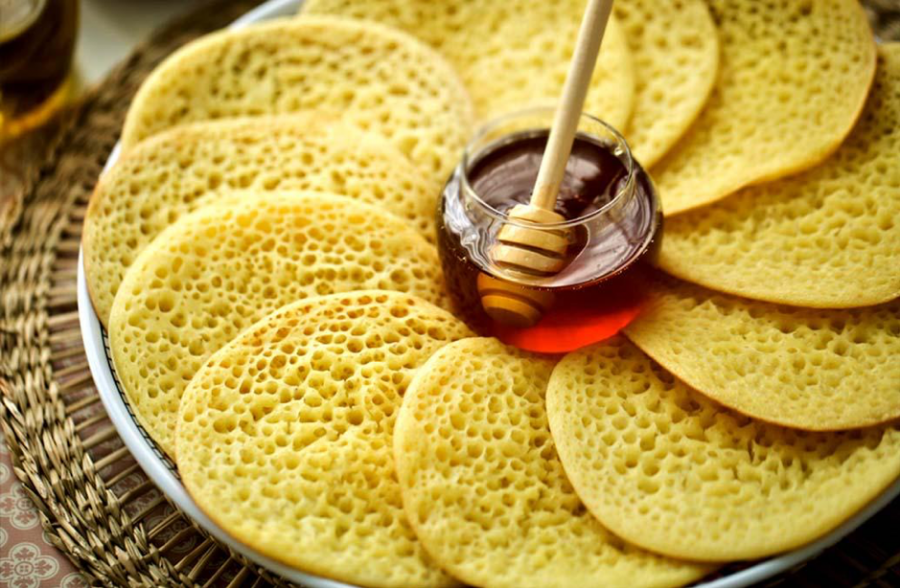 Food is an important part of every culture. Recipes passed down from generation to generation are the quintessential example of the way different cultures try to preserve and keep alive pride in their culinary traditions. Indeed, food is a way of embracing our ethnic identity and celebrating our roots and heritage.

In this article, The Daily Q will introduce you to some recipes from around the world, shared by our diverse student body! These are easy to make and budget-friendly. Nutritious and savory, these recipes are definitely worth trying!

Nshima is a very popular dish in Zambia, a traditional staple, bread with cornflour base.  It also has a different name from country to country but in Zambia it is called Nshima.

Put the water in a pot and let it boil. Once the water has boiled, add the ground up maize until you get a thick porridge like mixture.  Stir continuously until the mixture begins to bubble and is smooth and homogenous. Cover with a lid and leave for 5 to 10 minutes.

Uncover and start mixing again while slowly adding more milli meal until the mixture reaches the desired texture. Once fully stirred, cover and let it simmer for another 5 min.

Note: Nshima can be eaten with a variety of side dishes, such as vegetable stews, gravy with chicken or relish.

Courtesy from Neige Tresor Ikuzo, a freshman at NU-Q

This dish is very popular in Rwanda. The average family in Rwanda has it around twice a week.

Start by boiling the bean and the sweet potatoes then put it on the side once it is cooked.

Simmer for a while until the tomato is cooked, and then serve hot.

This dish is usually served with avocado and milk (usually fermented milk).

The most popular Lebanese dish out there and a very delicious one at that! Refreshing and healthy, this dish will become your favorite Mediterranean staple. The main ingredient used to make tabbouleh is fresh parsley.

-Bulgur (cracked wheat), you can also use couscous instead.

Cut the tomatoes and onions into cubes. Chop the parsley finely.

Prepare the bulgur according to the instruction on the package and add to the mix.

Add salt and pepper. Add olive oil and squeeze in some lemon, your tabbouleh is ready to eat!

Courtesy of Ishmael Bonsu Nyame, a freshman at NU-Q

Banku is similar to nshima except it uses cassava in addition to corn for the dough.

-Cassava dough (made of cassava flour)

Mix the cassava dough and corn dough on heat until smooth while adding water.

Keep adding water slowly while stirring. The texture should be not too solid and not too liquid.

Keep stirring, then let the banku simmer for 5 minutes.

Stir one last time and take off the heat, your banku is ready to be served!

In a blender, add the tomato, pepper and onion and mix. Add pepper and salt to taste and serve the sauce with the Banku.

Note: You can also add fried fish as a side dish with the banku, you will love this recipe!

To sweeten things up, we have chosen to include desserts from Kazakhstan, Morocco and Pakistan. Hope you try them as well!

Courtesy of Ayah Alikhan, a freshman at NU-Q

This delicious fried dough recipe is a favorite dessert in Kazakhstan. These delicious puffy fried balls of dough are sprinkled with sugar and served with Kazakh Chai.

– 1 Tablespoon sugar for the paste

– a pinch of salt

-Mix the dry ingredients first: flour, yeast, sugar and salt. Add the melted butter, the water, the milk and the egg and keep mixing.

-Spread the dough on a floured surface and then put into a bowl.

-Cover the bowl and let the dough sit for half an hour.

-Heat the oil and start forming little balls of dough.

-Fry the balls until golden.

-Sprinkle the fried balls of dough with sugar or honey if desired and serve hot with tea!

Courtesy of Safae Daoudi, a freshman at NU-Q

Similar to the crepes, Baghrir is a loved Morrocan pastry also known as Rghayef. Baghrir is usually served on special occasions but is also a breakfast staple. It is accompanied by honey and butter and served with authentic Moroccan mint tea.

½  cup of white all purpose flour

a pinch of salt

Baghrir is very easy to make and a fluffy twist to usual pancakes.

All you have to do is mix the semolina, flour, salt and warm water in a blender until the mix is homogenous and well combined.

Keep mixing until small bubbles start appearing in the dough.

Let the dough sit for about half an hour in a warm place.

Use a non-stick pan to start cooking your Baghrir. Scoop in the batter and let it spread on the skillet.

Keep on heat until you notice little bubbles forming then serve with a drizzle of honey and some melted butter.

Tip: Baghrir is only cooked on one side.

Courtesy of Makeisha Amir, a freshman at NU-Q

Suji Ka Halwa is a popular dessert served in Pakistan and India and is mainly made of semolina. It is quick, delicious and easy to make and the perfect way to satiate your sugar cravings!

Mix all those ingredients and cook them in the rice cooker.

Keep mixing until the paste is porridge-like then until it’s caramelized and has the desired texture.

Chop off some walnuts and add to the mixture then serve, your suji ka halwa is ready to be enjoyed!