Women’s History Month: Journalists Who Changed the World With Their Reporting 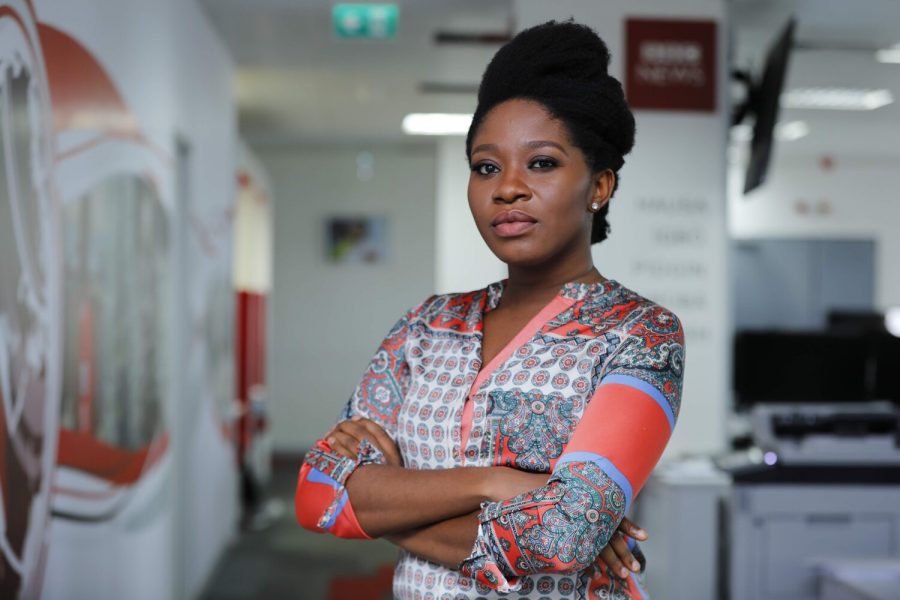 On the occasion of Women’s History Month, Daily Q is highlighting prominent female journalists from all over the world. These women put their blood, sweat, and tears into their work and went to great lengths to tell the stories of marginalized communities and raise awareness about the injustices plaguing our world.

Kiki Mordi is a Nigerian investigative journalist, radio personality, author, and filmmaker. She currently works with BBC Africa as an Eye Reporter and rose to fame after her documentary #sexforgrades about sexual harassment against college students at the University of Lagos and the University of Ghana went viral. This documentary caused outrage on social media. Mordi received the award of Outstanding Radio Program Presenter at the Nigerian Broadcasters Merit Awards in 2016 and was nominated for the journalism category of the Future Awards Africa. She also won the People Journalism Prize for Africa in 2019. Through her work and advocacy, Mordi continues to raise awareness about issues such as sexual harassment.

Hu Shuli is a Chinese journalist who has been in the limelight since she founded her media group Caixin Media, a business magazine in 2009. Hu is known for her investigative reporting and her advocacy against media censorship in China. In her articles, she repeatedly wrote about corruption, fraud, and unethical business practices in China. She was listed as the 87th most powerful woman in the world by Forbes in 2014 and is a member of the Reuters Editorial Advisory Board and a board member of the International Women’s Media Foundation. She was awarded the Missouri Honor Medal for Distinguished Service in Journalism in 2012 and the Ramon Magsaysay Award in 2014 for her courage and integrity.

Faye D’souza is an Indian news anchor that has been winning the hearts of generations of Indians, and is currently famous on social media, with a following of over 900,000 people on Instagram. In addition to being the senior editor of the channel Mirror Now, she hosted several shows, most notably “The Urban Debate.”  In 2018, she was awarded the RedInk Award for journalist of the year. She is most famous for being rather critical of the Indian government, as she uses her unique style to handle sensitive topics such as corruption and religious discrimination in India. D’souza resigned from being the anchor of The Urban Debate and she also stepped down from her position as editor.

Maria Resa is a Filipino-American journalist who has been at the forefront of the opposition of the current Filipino President Rodrigo Duterte. She worked as an investigative reporter for CNN and went on to co-found and become the CEO of the digital news outlet called Rappler. In 2018, she received the Knight International Journalism Awards for her work on the politics of the Philippines, as well as the Gwen Ifill Press Freedom Award. In 2019, she received the Columbia Journalism Award from the Columbia Graduate School of Journalism. Additionally, she was also nominated for the 2021 Nobel Peace Prize by Jonas Gahr Støre, the former foreign minister of Norway. In the summer of 2020, she was arrested for Cyberlibel under the Philippine Anti-Cybercrime law.

Laila Al Arian is a Palestinian-American award-winning journalist, currently the executive producer of Al Jazeera’s podcast series Fault Lines. She graduated from the Columbia School of Journalism and has since had her work featured in The Guardian, the Independent, Huffington Post, Al Jazeera and several other top-ranked publications. She is famous for reporting on the conflicts in the Middle East: the Iraq war, the Israel-Palestine conflict, and Islamophobia in the West. She won an Emmy Award for her film “The Ban: The human cost of Trump’s travel ban.”

Anna Politkovskaya was a Russian investigative journalist who worked as a reporter and editor for Izvestia from 1982 to 1993 and then became the assistant chief editor of “Obshchaya Gazeta.” She covered Russian politics and focused on the human rights abuses in Chechnya, a region of political unrest. Politkovskaya was very vocal about her stance on Russia’s politics and her opposition to President Vladimir Putin’s regime. She reported on-site in Chechnya and got arrested by Russian military forces and was subject to a mock execution. She received the Amnesty International Global Award for Human Rights Journalism in 2001 for her work about the war in Chechnya. The intrepid journalist suffered the consequences of her fearlessness in 2006 when she was murdered in the elevator of her apartment block. Politkovskaya is still celebrated and honored to this day as a symbol of bravery, selflessness, and activism.

Amber Lyon is a Colorado-born American investigative journalist and photographer. She has covered police brutality, violations of human rights, climate change and other controversial topics. She was awarded the regional Emmy award from the Rocky Mountain Southwest Chapter of the National Academy of Television Arts and Sciences in 2006, 2007, 2008 and 2010. Lyon was one of the first journalists who brought sex trafficking within the American advertisement website Craigslist to light in 2010. She traveled with CNN to Bahrain in 2011 to investigate how social media and modern technology were impacting the Arab Spring. She later accused CNN of censoring stories and silencing reporters to avoid hindering relations with governments that support them financially, specifically Bahrain. CNN dismissed these claims, even though they later revealed that they were funded by the Bahrain Economic Development Board for advertising. Lyon also wrote about police brutality in the United States, especially in 2012, when Manuel Diaz was shot and killed in Anaheim, California.