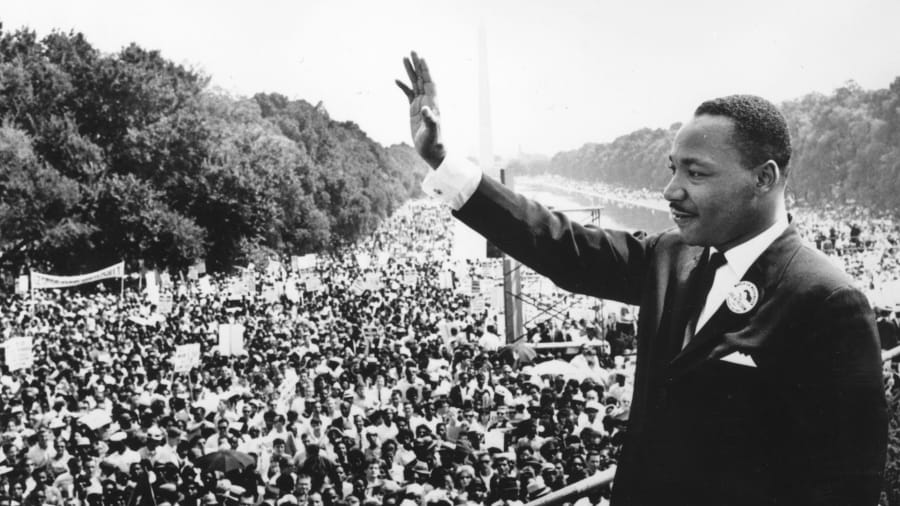 The legacy of Martin Luther King Jr. has been misinterpreted, and it is people’s responsibility to better examine it, according to panelists during a virtual webinar by the United States Embassy in Doha on Feb. 11.

Black History Month, honoring Black achievement and culture, became an annual February-long celebration after the end of the civil-rights movement in 1970. When speaking of Black liberation movements, it is imperative that King’s impact is discussed, panelists said. Born in 1928 in a segregated America, King grew up to become a social justice vanguard. He led the civil rights movement from 1955 until his assassination in 1968 during a labor march.

The panelists emphasized a need to critically approach King’s legacy. McKinney expressed his rejection of mainstream representation of King’s legacy, particularly in the U.S., as what he called a “Black Santa Claus version of King.” The systems in place depict King as someone who is non-threatening and make only vague references to systemic inequality, he added. McKinney invited the audience to “go out and find the real Martin Luther King,” the fierce opponent battling against white supremacy and segregation.

“Martin Luther King writes a letter from the Birmingham jail, not the Birmingham country club,” McKinney said. “He is in jail because he has gone to confront the system known as segregation in Birmingham.”

McKinney highlighted the example of the Martin Luther King, Jr. Memorial in Washington D.C as evidence of the great lengths the system has gone to detach King from the battles he waged during his lifetime. The monument has 14 quotes, according to McKinney, but none of them include the words segregation, racial inequality and racism, so “no reference to the legal racial operating system that King dedicated his life to fighting against.”

Lance agreed that King’s character is more complicated than the caricature some painted him as a merely “good, nice, nonviolent guy.” He further explained that perhaps King’s nonviolence was an attempt to obstruct the oppressive systems “without using the master’s tools to oppress the master.”

Lance added that no individual has a legacy on their own. In depicting King as a singular figure of the movement, those very same systems and institutions he fought against are attempting to dilute his legacy. Movements are usually not about “one magical person,” Lance explained. The danger of such a narrative is in telling people that if you can’t be like King, if you can’t be a famous preacher, a great rhetorician or a brilliant theorist, you can’t do anything.” As a result, people feel disempowered to continue fighting for the cause King and millions alongside him embraced. The reality is “we all have contributions to play,” Lance added.

He also stressed a need for everyone to “become much more sophisticated in both paying attention to what King said and learning the lessons of the tactics for change.” Much of the broader institutional issues in society that King attempted to dismantle still exist, such as police violence, he said.

“Start conversations at the dinner table,” advised Ismail repeatedly, addressing those who seek to become allies and help dismantle oppressive systems. She also warned activists, especially young ones, not to be hindered by their obsession with being perfect activists, as such a concept is unattainable.

When asked about the significance of learning about King’s legacy today in the context of Doha, panelists advised that global struggles and movements should be contextualized. They urged viewers to look out beyond themselves in search of any issues of inequality and injustices happening in their community to ensure that everybody is “guaranteed the unalienable rights of life, liberty and the pursuit of happiness.”

Ismail emphasized the importance of understanding the struggles that exist in one’s society. “Use the lessons from movements, like the Black Lives Matter, in fighting the racial and social injustices that exist locally,” she added.  One should look outside of themselves for issues and injustices in one’s society. Those who recognize they are in a position of privilege must use that privilege to uplift the communities around them, Ismail added.

Ismail also shared a 4-step process to be an effective ally:

“Learn your history and unlearn your biases. Contextualize struggle. Build a stage. Pass the mic.”