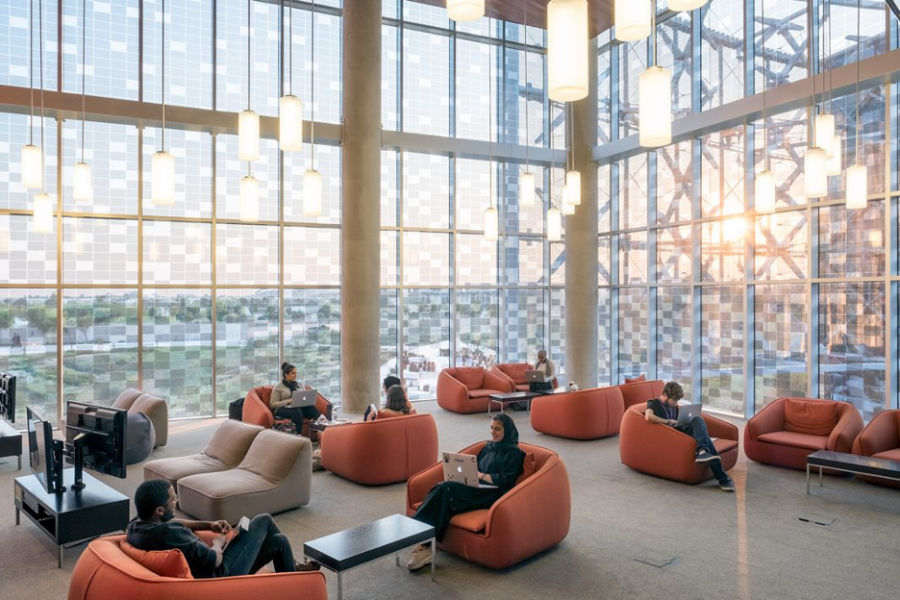 An advisory committee on student employment has been formed to determine whether students will be allowed to work up to 40 hours during breaks, according to Barry Sexton, director of Business and Finance at Northwestern University in Qatar.

“We’ve discovered that our student payroll for the summer more than tripled in one year. To address this concern, we established a working group to look into the issue and determine how to handle it moving forward,” said Sexton in an email to The Daily Q.

The advisory committee is chaired by Sexton and includes student representatives, according to Marwan Kraidy, dean and CEO of NU-Q.

While waiting for final recommendations from the committee, NU-Q students were allowed to continue to work up to 40 hours over the recent fall break from Oct. 9 to Oct. 17.

However, initially, an email sent by Sexton on Oct. 7 had informed students of a change in the employment program, which would limit the number of working hours to 20 throughout the academic year effective immediately.

“This decision will ensure that there will be funding for all students who need a job,” Sexton had said in the email.

The timing of this email raised concerns among the NU-Q student community, according to sophomore Raghdan Alhennawi.

“I was shocked by how inconsiderate the decision was, especially that it was announced a day before the fall break,” he said. “I think they expected students to have alternative sources of income, but I’ve been financially independent since I was 17 and it requires a lot of planning.”

According to Alhennawi, many international students at NU-Q rely on their student jobs, especially during breaks, for savings that will allow them to cover major expenses, such as flights to and from their respective countries.

When concerns about the ill-timing of the decision were raised by Alhennawi at the last town hall with the NU-Q dean on Oct. 7, the policy change was canceled.

“Working with our financial team, I immediately rectified the situation by restoring the previous number of work hours for Fall Break,” said Dean Kraidy in an email to The Daily Q. “I felt the policy itself was not a great idea for this break, and because the timing of the announcement, coming as it did a few days before Fall Break, was unfair.”

The recommendations of the advisory committee on whether or not students should be allowed to continue to work up to 40 hours during breaks are expected to be received in the next few weeks, according to Sexton.