The Falsehood of Universal Journalism 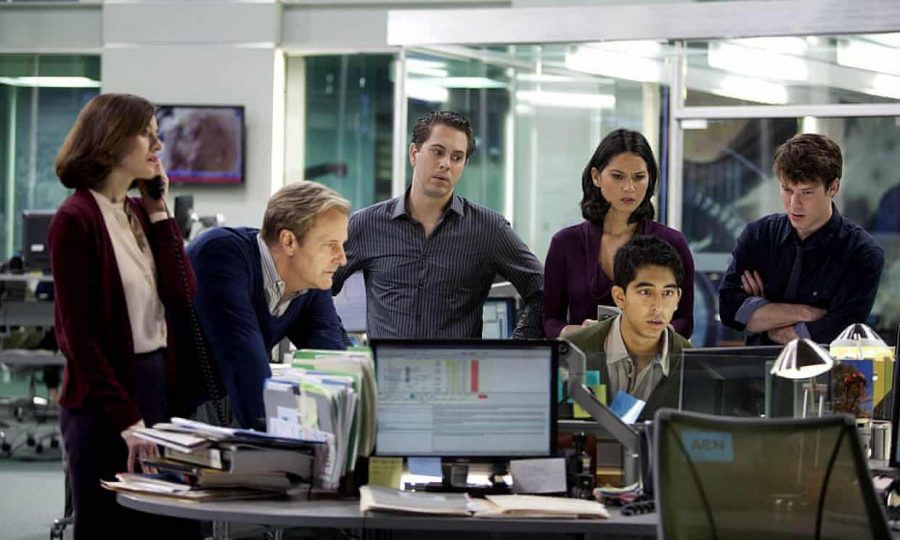 Journalism has not really gone ‘universal,’ said panelists at a virtual event titled “Multiple News Grammars or One Universal Journalism?” that took place on Oct. 26.

The event was a collaboration between Northwestern University in Qatar, University of Salamanca in Spain and the International Association for Media and Communication Research.

Chaired by Dr. Shakuntala Rao, a professor at the State University of New York, the speaker panel included Dima Khalid, managing director of AJ+;  Exequiades Chirinos from CNN en Español; Patrick Malaolu, the CEO of Rockcity FM in Nigeria; and Jairo Lugo-Ocando, professor in residence at Northwestern University in Qatar.

Leading the conversation, Khalid talked about the dominance of Western media and the importance of media networks like Al Jazeera, which are challenging Western narratives about the “Global South.”

“I realized that we people of the South get the narrative about each other only through a mediator, which is the ex-colonizer of both people,” Khalid said. “Al Jazeera came into life and challenged the global narrative when the US invaded Iraq when NATO bombed Afghanistan, and Al Jazeera was the only one on the ground to show a different side.”

Chirinos carried on the discussion to address the disruption of traditional media, the rise of media pluralism, and the role of citizen journalism in driving stories that wouldn’t normally get the attention of mainstream media.

“Today audiences determine the formats of information dissemination, and they are helping media organizations in the quest for truth,” said Chirinos. “You can see that in the case of the coronavirus crisis. We first heard it from the Chinese whistleblower doctor—it came out despite efforts to hide it.”

“As far as I am concerned, there is no such thing as objectivity. Everyone comes from a position of culture…I think this is part of the problem that we need to address,” he said.

Stressing Malaolu’s point, Rao spoke about the lack of objectivity, even in Western media.

“I wonder if objectivity is useful within the context we live in…my colleagues in Venezuela often laugh at the fact that Westerners always report on governments in Latin America as regimes—that language is very critical.”

Ocando went on to address the economic and political factors that gave power to Western countries to decide journalism standards. “While journalism is not a Western phenomenon, the commercialization of this industry, in addition to its strong links to projects of the Enlightenment era and Liberalism, gave Western countries an opportunity to dictate journalistic practices.”

There is, however, an emergence of new ways to tell stories, mostly in developing countries, that still face government censorship. Ocando cited an article from the Journal of Applied Journalism & Media Studies about how Haitians used to sing on the radio as a form of journalistic expression after the resignation of President Jean-Bertrand Aristide.

Rao then asked the panelists to explain how journalists should report news in a time of growing populism, nationalism, climate change and many other global issues.

Khalid mentioned the need to report on global stories in a language that audiences will understand and appeal to. “We must address this through local journalism. There is no other way to find a consensus to solve something like global warming if you don’t make the story matter to the people in their own context.”

Rao then asked the speakers to give an alternative way of sourcing the truth without depending on objectivity.

Ocando commented on the need for journalists to attach themselves more to the stories they report, in order to understand the contexts in which they report them and humanize their subjects, “When someone tells you a story, they can give you facts, and still tell you a lie…the idea that facts and only facts tell the truth, that is what I am having a problem with.”

While the debate about objectivity is still on-going, Khalid believes that journalists should just stick to telling the truth. “We must stick to being professional and transparent.”

Mary Dedinsky, professor in residence at Northwestern University in Qatar, asked what journalism schools can do to address the problems that were mentioned in the discussion.

“Hire more people with international journalism backgrounds,” said Rao, as she addressed the deficiencies in the current media curriculums taught in US universities.

The panelists concluded the discussion in agreement that while the “Global South” is seeking platforms to grow its voice, there are still many political and systematic issues that have to be resolved before journalism is universal.

In the light of this, Malaolu concluded by referencing Chinua Achebe’s proverb, “Until the lions have their own historians, the history of the hunt will always glorify the hunter.”