Navigating Race at NU-Q and Beyond 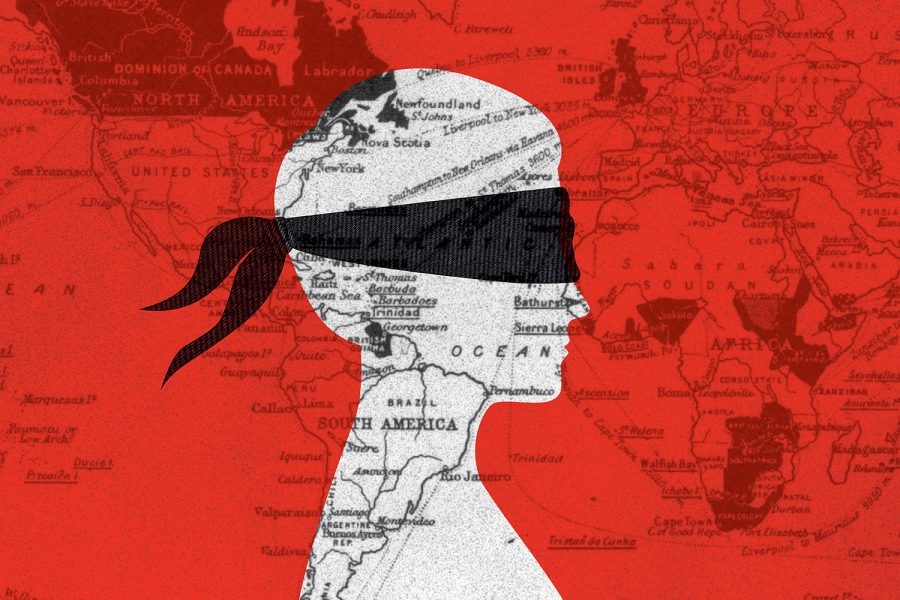 It is important to contextualize conversations about race in Qatar and not assume that racism only exists in America, according to the panelists featured on the “We need to talk about race!” webinar held on Oct. 4.

The panel was organized by the NU-Q Faculty Working Group on Race, a self-organized faculty initiative to explore race and racism from the perspective of the “global south,” in partnership with the Student Affairs department. This event was the first in a series of talks about decentering the Western construction of race. It was moderated by Professor Marcela Pizarro and featured NU-Q students Nadege Bizimungu and Moom Thahinah.

Bizimungu started the conversation by emphasizing the importance of acknowledging the multiplicity of black students’ experiences. “I am not speaking on behalf of Black people. Our experiences and identities are not a monolith,” she said

Bizimungu criticized the U.S.-centric response to racism at Northwestern, which doesn’t contextualize the experiences of black students in Qatar, she said. Bizimungu was the president of the African Student Association at NU-Q when it issued a statement on June 6 regarding racial justice and inequities in NU-Q and Education City.  After the ASA statement, Craig Lamay, the NU-Q acting dean at that time, issued a response condemning anti-Blackness as it is experienced by Black students on the NU-Q campus. LaMay’s statement drew on recommendations from the ASA and called for collaboration between the ASA and Student Affairs in order to achieve racial justice on campus.

“We felt that the statement issued by NU-E did not recognize racism and anti-Blackness from our perspective…what we needed was a formal commitment from the NU-Q administration that showed a desire to protect its Black student interests,” said Bizimungu.

In the webinar, Bizimungu also shared examples of the microaggressions she has experienced, such as when a professor continued to mispronounce her name even after she had corrected them and instances of people touching her hair without her permission. She asked attendees to “reflect on how you personally contribute to or benefit from these structural constraints.”

“It is very hypocritical and ironic to condemn racism in America while refusing to acknowledge the existence of replicated oppressive systems in Qatar and the wider Education City,” she added.

Building on shared frustrations, Thahinah drew from her personal experience as a Bangladeshi born and raised in Qatar. “I’ve had my fair share of what you might call microaggressions during my time at [university]…little things like when someone points out your South Asian accent in a manner as if it is something bad,” she said.

People have also told her she doesn’t look Bangladeshi, she said, adding, “It kind of makes you go through an identity crisis.”

Thahinah also provided suggested solutions for both faculty and students to move forward. She emphasized the role of faculty representation in this process. “We would like to have guest speakers that represent the community; courses that really go in-depth on the South Asian community but also taught by professors who are South Asian.”

She called on students not to think twice about raising their concerns about race and diversity issues. “This is just the beginning and we need to have these conversations going to ensure ongoing representation.”

During the discussion that followed, LaKisha Tillman, the international education and student programming officer at VCUArts Qatar, asked students to reflect on the question, “What are we doing to create inclusive communities and spaces on our campuses?”

Khadija Ahmad, a communication sophomore at NU-Q, responded by drawing attention to universities using “diversity and inclusion” discourse as a mere corporate strategy. “We have all of these ethnicities on our brochures, but it is just a corporate strategy. When you get [to university], we are all homogenized. We are not told how to navigate individual racism and discrimination we will face.”

Students and faculty alike said they appreciated the webinar and look forward to the future discussions in the series: “I am very thankful for this conversation. I want to compliment the students who are participating in this conversation. You really change NU-Q for the better,” said Professor Zachary Wright.